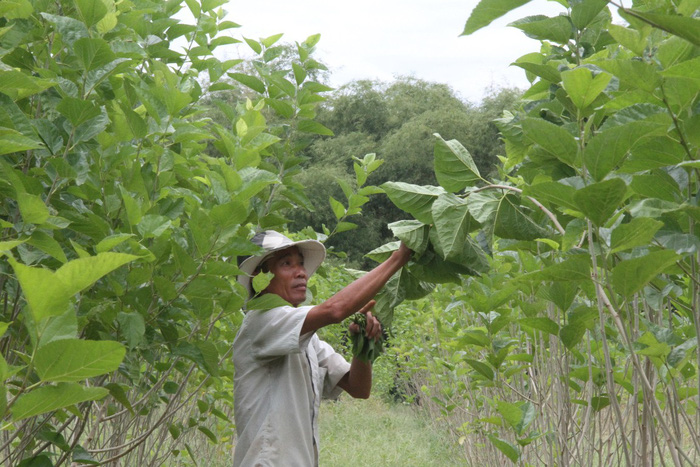 An American biotechnology company has unveiled its proposal to invest US$50 million in the rearing of genetically modified silkworms in a central Vietnamese province historically known for its silk farming.

Kraig Biocraft Laboratories hopes to bring its genetically engineered silkworms from the U.S. to Quang Nam Province and create hybrids between the newcomers and native species to heed the company’s ambition to produce higher-quality silk.

The enterprise had successfully experimented with the hybrids at home and found that their fiber was much more elastic than steel fibers and stronger than synthetic ones, according to Jon Rice, the company’s CEO.

Kraig Biocraft is currently in the process of preparing the legal documents necessary to carry out the project, including the paperwork needed to break ground on a silkworm research laboratory for farming and production on a 50-hectare piece of land in Quang Nam with future plans to expand to 2,000-2,500 hectares.

The company expects to purchase cocoons from silkworms that farmers cultivate at the complex and use the silk to make products for domestic and international consumption.

A major stumbling block to Kraig Biocraft Laboratories is that it has to obtain a certificate from the American authorities proving that the genetically engineered silkworms pose no harm to local species.

The project also raises hopes that the province’s sericulture will once again rise to prominence.