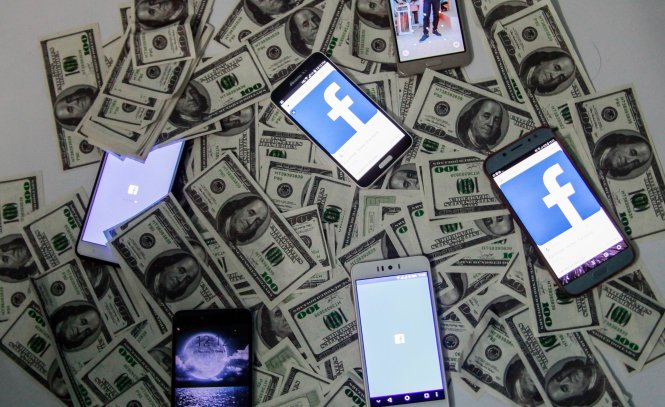 Digital advertising in Vietnam is being dominated by global giants like Facebook and Google, with virtually all of revenue from the industry pouring into their pockets, researchers say in recent market analyses.

According to a data by market researcher ANTS, Vietnam’s digital advertising revenue will reach nearly US$550 million in 2018, of which Facebook and Google will pocket around $235 million and $152.1 million, respectively.

In the meantime, several domestic digital ad players such as Admicro developed by VCCorp, Eclick by VnExpress, 24H, Adtima by Zing modestly make $150 million in combination.

The figures proved that Facebook and Google duopoly accounted for 70 percent of Vietnam digital ad revenue.

ANTS estimated that Facebook and Google’s revenue from online ad in Vietnam will continue to grow in 2019 and 2020, continuing to outpace every other company in this sector in the Southeast Asian country in terms of growth rate.

Facebook and Google are estimated to capture $275 million and $174.9 million, respectively, of Vietnam digital ad revenue’s $648 million in 2019, whereas Vietnamese media operators will collectively rake in $180.9 million.

In 2020, Vietnam’s digital advertising spending is projected to soar to $760 million, over $512 million of which will go to the duo of U.S. tech giants.

Noticeably, it only took Facebook five years to take over the digital ad market in Vietnam.

According to analysis by ANTS and different sources, domestic online advertising companies channel an astounding 81 percent of the industry’s $26 million revenue to Facebook in 2010, when the social network was still new in Vietnam. Google, at that time, accounted for 19 percent of the gross revenue.

But then the market share of domestic digital ad operators began to decline steadily under the explosion of Facebook. By 2013, Facebook brought in more than $30 million of revenue from digital ad, equal to 23 percent of Vietnam market spending.

According to We Are Social – a global conversation agency providing social media marketing and communications services, 64 million Vietnamese are now online. Among that, the number of Facebook users is 55 million, up 20 percent compared to the beginning of January 2017.

Ninety-eight percent of social network users in Vietnam use Facebook, making it the most widely used, according to a survey released in early September 2018 by the online market researcher Q&Me.

That shows its impressive impact on the lives of Vietnamese netizens and makes Facebook almost unrivaled in the categories of attracting online ads and advertising effectiveness.

A statistics on website traffic in Vietnam by Similarweb – which offers research tools that helps users understand insights about any websites or mobile app, reported that google.com attract the most traffic on a monthly basis with 375.3 million visits.

Facebook.com website ranks second with 351.4 million visits per month. And Google-owned youtube.com is in third with 329.9 million visits and the Vietnamese-language localized version google.com lines up in fourth with 323.3 million visits.

On the other hand, an overview survey of digital marketing in Vietnam by Q&Me in September 2017 revealed that 84 percent of companies spend money advertising on social networking sites.

Specifically, social media and search engines were most selected by companies for digital advertising in 2017, the Vietnam 2018 e-commerce index report by Vietnam E-commerce Association noted.

Companies also considered social media and search engines as the most effective advertising methods, with the rate of 46 percent and 39 percent, respectively.

Facebook is the most popular media channel, where businesses create their online pages, and Google’s video-sharing platform YouTube follows behind.

Ninety-nine percent of brands use Facebook for their digital marketing strategies, while 72 percent of companies advertise on YouTube.