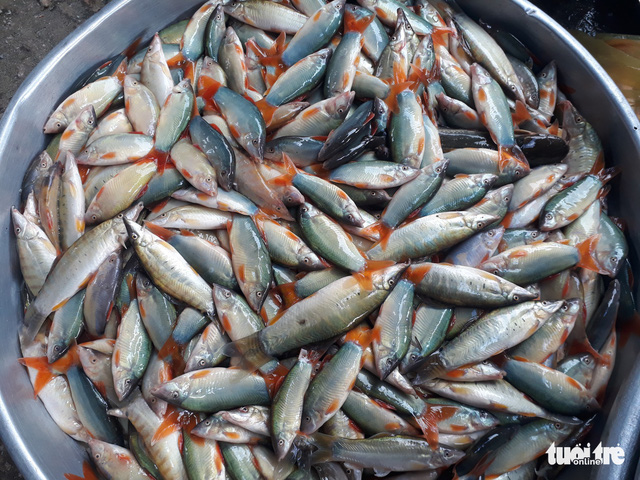 As flood is nothing strange to people in the Mekong Delta in southern Vietnam, local farmers will look forward to the post-flooding season, when floodwaters go down, leaving behind a wide variety of valuable aquatic resources.

These days, people in An Giang Province are busy harvesting those ‘gifts’ brought by the flood season, which are also a source of income that significantly improves their standards of living.

As the area experienced severer floods this year, the amount of natural aquatic resources was also 10-15 percent higher, making farmers very happy, according to Lu Cam Khuong, deputy director of the provincial Department of Agriculture and Rural Development.

However, the supply surplus has also resulted in lower prices for the aquatic products, according to local fishermen.

Fishermen have therefore decided to keep the fish to make fish sauce needed for next year’s traditional celebrations instead of selling them.

Another valuable resource brought to the Mekong Delta by floods is the water lily.

One of the specialties of the delta, water lilies can either be eaten as salad or served with certain hotpot dishes.

Water lilies are rooted in soil in bodies of water, with leaves and flowers floating on or emerging from the surface.