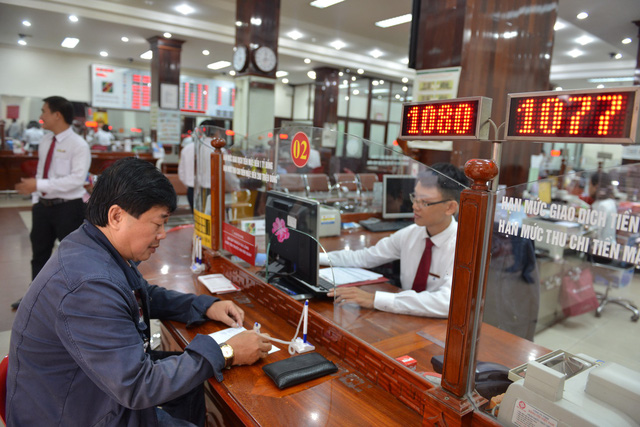 The Vietnam Bank for Agriculture and Rural Development, better known as Agribank, has rejected rumor circulating in several localities in recent days that it had gone bankrupt.

The rumor started to spread on Friday, when Le Bach Hong, a former Deputy Minister of Labor, War Invalids and Social Affairs and former head of Vietnam Social Security, was arrested over allegations of economic mismanagement.

Vietnam Social Security was the creditor of the now-defunct Financial Leasing Company II (ALCII), the financial arm of Agribank that declared bankruptcy in July.

Following the arrest of Hong, some local news websites published reports saying that Agribank is responsible for paying the debts ALCII owes the Vietnam Social Security firm, as the credit institution had guaranteed the borrowings.

Soon afterward, rumor that Agribank itself had also gone bankrupt was heard in some localities. More seriously, workers in industrial parks at these places even skipped work to rush to Agribank’s branches for cash withdrawal.

In a statement on Sunday, Agribank asserted that all of these pieces of information are false and misleading.

Agribank underlined that ALCII was allowed to legally go bankrupt by a court in Ho Chi Minh City on July 31, adding that the State Bank of Vietnam also revoked the license for the financial company's establishment and operation on October 12.

The Ho Chi Minh City court also ruled that Sen Viet Asset Management and Liquidation Company had to be entrusted with the task of managing ALCII’s debts.

Therefore, the bankruptcy of ALCII will not affect the operation of Agribank as well as savings of customers at the bank, according to the credit institution.

Agribank, which has recently undergone a restructuring process, said its business is improving, with pre-tax profit in steady growth over the years.