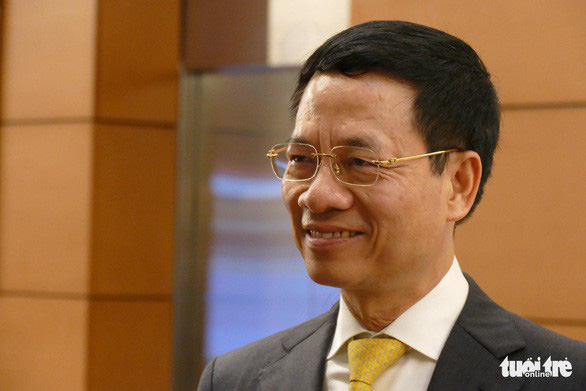 Vietnam has ambitions to be among the world’s first countries to launch 5G networks in 2020, with a testing phase expected in 2019, the information ministry said on Wednesday.

The launch of 5G will be a huge leap forward in quality for Vietnam’s telecommunications industry, said information minister Nguyen Manh Hung at an innovation event in Hanoi on Wednesday.

5G is the fifth generation of cellular mobile communications, succeeding the 4G, 3G, and 2G systems.

5G networks will rely on denser arrays of small antennae and the cloud to offer data speeds up to 50 or 100 times faster than current 4G networks and serve as critical infrastructure for a range of industries, according to a Reuters report.

Unlike the upgrades of cellular standards 2G in the early 1990s, 3G around the new millennium and 4G in 2010, 5G standards will not just deliver faster phone and computer data but they also help connect up cars, machines, cargo and crop equipment.

Therefore, Hung said, the 5G network is the most important infrastructure of the Fourth Industrial Revolution, and establishing a developed 5G network should be Vietnam’s top priority if it wants to be at the forefront of this revolution.

"5G is an opportunity for Vietnam not only to improve its data services and telecommunications ranking, but also to develop the country’s information and communications technology (ICT) industry," Hung said.

Speaking with the media on the sidelines of Wednesday’s event, deputy director of Vietnam’s Authority of Radio Frequency Management Le Van Tuan said a separate frequency band will be reserved for 5G services to ensure adequate bandwidth.

Nguyen Vu Luu, director of strategy for military-run telecom group Viettel, said a million end-devices within an area of one square kilometer can simultaneously connect to the 5G network.

However, Vietnamese mobile users have every reason to remain skeptical about the positive prospects of 5G technology.

Though the first 4G service in Vietnam was launched in October 2016, as of today mobile network operators in Vietnam still have to use the same radio frequency band of 1,800 MHz for both their 4G and 2G services, which negatively affects bandwidth and data transfer rates.

In October, the information ministry announced that it would allocate a separate frequency band for 4G services as early as in November, but so far the transition has not taken place.

Today, around 30 million mobile users in Vietnam are subscribed to 4G data plans.

Vietnam ranks 46th out of 88 surveyed countries in terms of 4G speed, averaging 21.49Mbps, according to the 2018 State of LTE Report by OpenSignal.