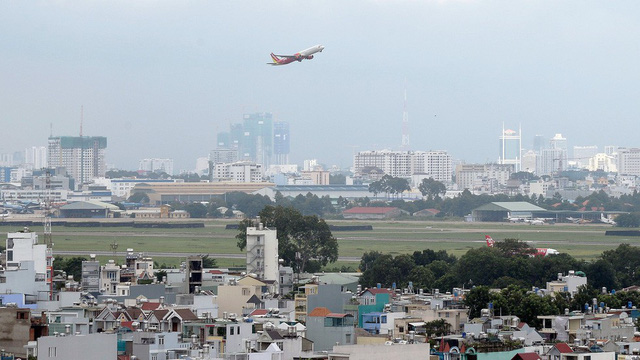 Vietnam has not formulated acceptable remedies for aircraft noise in the face of a predicted rise in air traffic over the next decade, experts said at a workshop in Hanoi on Thursday.

There have been no solutions to the issue of noise pollution caused by airplanes flying over residential areas, said the Airports Corporation of Vietnam (ACV), which operates 22 airports nationwide.

Noise from aircraft has exceeded the allowed levels at Vietnam’s three major international airports in Hanoi in the north, Da Nang in the middle and Ho Chi Minh City in the south.

It surpasses the levels by seven to 12dBA (A-weighted decibels) during daytime, and by 15-27dBA at night, according to the corporation.

In Vietnam the noise levels in special areas, such as where schools and hospitals are located, must not go beyond 55dBA from 6:00 am to 9:00 pm and 45dBA for the rest of the day. In other areas, the limits are 70dBA and 55dBA, respectively for the two periods.

A noise level of over 85dBA may pose risks of hearing damage.

By 2030, the Southeast Asian country plans to have had 28 plane terminals, 13 of which can serve international flights, said Vu Thi Thanh, deputy head of the technology and environment arm of the Civil Aviation Authority of Vietnam.

Thanh advised evaluating the current airplane noise issue and forecasting its future complications, as more planes are expected to fly in the country.

The need for measures and policies was stressed by one of the event’s attendees, Horiuchi, advisor to the head of Japan’s Ministry of Land, Infrastructure, Transport and Tourism.

Horiuchi said airplane noise was a serious problem of the East Asian nation 50 years ago.

Residents living around several airports filed multiple lawsuits at the time, putting pressure on the Japanese government to take action against the annoyance, he added.