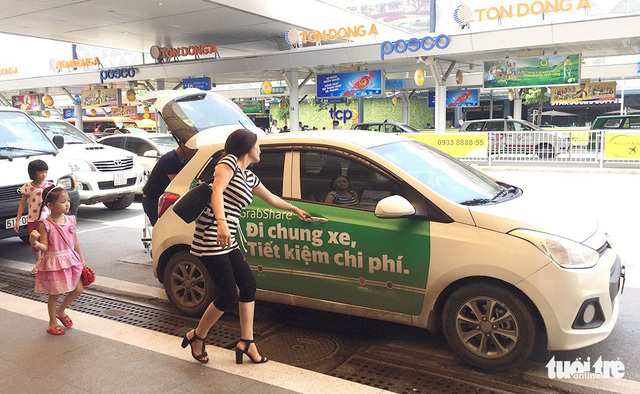 Grab to appeal against ruling to compensate Vietnam taxi company

A Vietnam court last Friday ordered ride-hailing app Grab to pay a cab company more than $200,000 for losses incurred due to competition - a judgment blasted by the firm as "a giant step backwards" for the country's tech community.

The Singapore-based app, which launched in Vietnam in 2013, has been embroiled in a lawsuit with Vinasun, a major taxi provider in the south of the country, since May last year.

Vinasun blamed profit losses amounting to $1.8 million on Grab's entry into the market.

A court in Ho Chi Minh City ruled last Friday that Grab must compensate Vinasun $206,000 in damages for "having seriously violated the law on transport business", a court clerk told Agence France-Presse.

A local news outlet, which serves as a mouthpiece for the city's department of justice, said Grab's "activities caused losses to Vinasun".

But since there was a lack of concrete evidence to prove that Grab was the sole reason for the Vietnamese company's losses, the judge said there were no grounds to demand the full $1.8 million compensation.

Grab is Southeast Asia's most dominant ride-share company, operating across eight countries in a fast-growing sector with increasing competition.

The judgment sets a "bad precedent", said Grab's Vietnam head Jerry Lim, by allowing traditional companies to sue their competitors "instead of constantly innovating through technology to remain relevant" in the country's vibrant tech industry.

"This is a defeat and a giant step backwards for Vietnam's hard-working entrepreneurs and tech talents," he added in a statement.

"It is unfortunate that Vinasun's anti-competitive tactics have somehow prevailed."

He said the company was "intrigued" by the verdict, given the lack of "direct causal relationship" between Vinasun's losses and Grab's business activities.

Grab will be filing an appeal to seek a reversal of the court's decision, and is also preparing to launch a defamation lawsuit against Vinasun "if there is no retraction of the baseless allegations made".

Grab's ambitious ascent has not been without issues.

Earlier this year, the Competition and Consumer Commission of Singapore fined Grab and fellow ride-hailing app Uber a total of $9.5 million for merging - a move it said substantially reduced competition in Singapore.