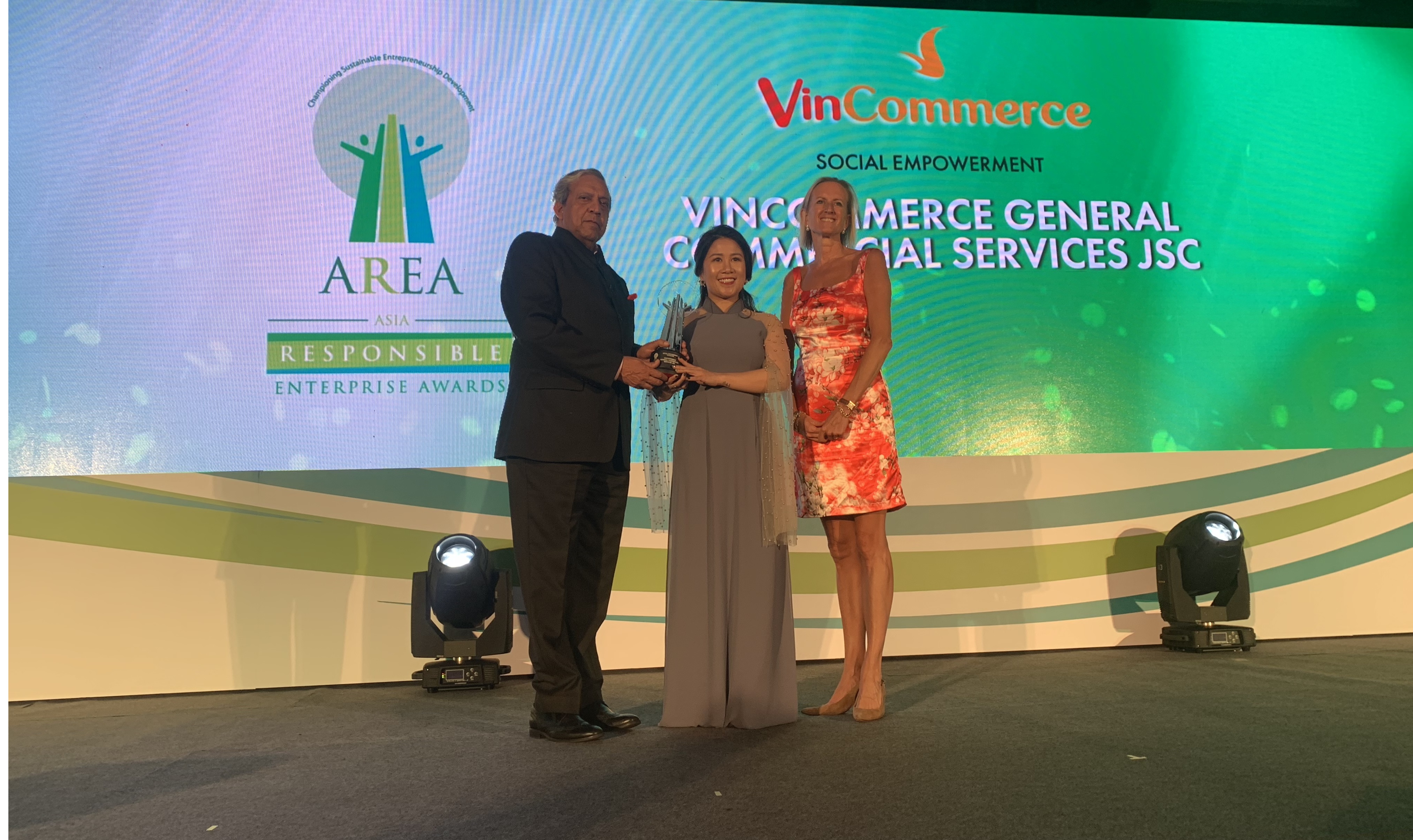 VinCommerce, the retail arm of conglomerate Vingroup, was the only Vietnamese winner of the Asia Responsible Enterprise Awards 2019, which honored a total of 64 projects and business leaders across Asia in Taiwan on Friday.

AREA, consisting of six award categories which are benchmarked against the United Nation’s 17 Sustainable Development Goals, is the region’s largest and most prestigious CSR awards.

The main objectives of the project are to support and maximize the competitiveness of manufactures and suppliers in Vietnam, bringing goods made in Vietnam closed to consumers, demand stimulus and promote production development, create new jobs and contribute to building the country.

With a large number of partners over 250 domestic suppliers signing cooperation with VinCommerce, the source of goods into the company’s VinMart stores and VinMart+ stores will be ensured in terms of quantity, goods coverage and quality.

VinCommerce evaluates the effectiveness of their partners’ sales results. The project has recorded positive results, which can be accurately measured through sales of more than 250 partner units.

More than 300 attendees, including industry leaders and leading CRS practitioners, were present at Friday’s invite-only awards ceremony in Taipei.

Over the past decade, CRS has evolved to creating shared values, based on the idea that companies can simultaneously increase profits and enhance competitiveness by reframing their corporate objectives to solve societal problems, Dato’ William Ng, president of Enterprise Asia, said at the event.

“Apart from recognizing the outstanding ideas for sustainability, we aim to celebrate their important contribution, and encourage the institutionalization of sustainability”, he said.

This year, over 200 submissions from 16 countries and territories were received from companies across Asia, sieving through the submission over a three-month judging period.

VinCommerce, fully known as VinCommerce General Commercial Service JSC, is a subsidiary of Vingroup that specializes in the retail of consumer goods through a system of supermarkets and conveniences stores.

The company currently has five retail brands including: VinMart, VinMart+, VinPro, Vien Thong A and Adayroi.com.

As Vietnam’s largest supermarket system, by April 2019 VinCommerce had over 114 supermarkets and 1,900 minimarts.