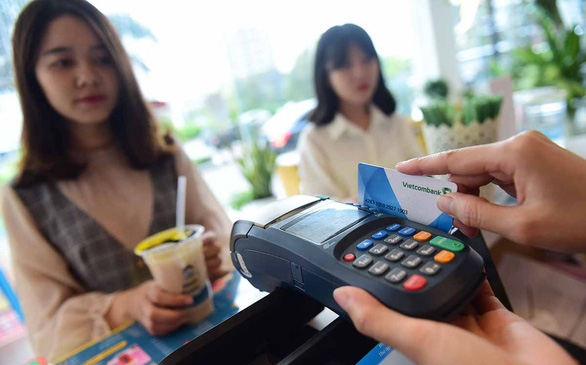 Seven commercial banks in Vietnam on Tuesday began switching from magnetic stripe to chip technology for their domestic debit cards, the first wave of transition pursuant to a government policy that looks to completely phase out the old-school swipe cards by the end of 2021.

The Vietnam Bank Card Association and the National Payment Corporation of Vietnam (NAPAS) were coordinators for the launch.

Deputy Governor of the State Bank of Vietnam Nguyen Kim Anh said at the launch event in Hanoi on Tuesday that the switch from magnetic stripe cards to chip cards is one key solution to promoting non-cash payment and preventing hi-tech crime.

Vietnam currently has about 76 million cards issued by 48 commercial banks, according to central bank statistics.

Before the transition, only international debit and credit cards in Vietnam were using chip technology while all domestic cards, popularly referred to as ‘ATM cards,' resorted to the decades-old magnetic stripe technology, which is more vulnerable to identity theft.

A government-approved plan by the State Bank of Vietnam looks to have at least 30 percent of the active cards in the country switched to chip technology by the end of this year.

Some banks have announced they would provide the replacement for free while others said customers should expect a small fee when trading their magnetic stripe cards for chip cards.