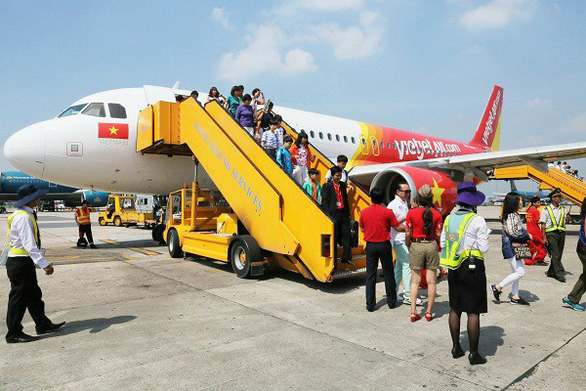 Bamboo Airways said its services between Vinh and Hanoi have been suspended from June 1, less than four months after launching the route on February 23.

Vinh, the capital of Nghe An Province, is the biggest city and economic and cultural center of Vietnam’s north-central region.

The hybrid airline’s Hai Phong – Can Tho service, connecting two key municipalities in northern Vietnam and the Mekong Delta region, has also been suspended from Saturday, less than one month after the route’s launch on May 10.

Before the suspension, Bamboo Airways operated daily flights for both the Vinh - Hanoi and Hai Phong - Can Tho services.

Passengers who have already booked tickets for these routes departing from June 1 are eligible for a full refund of their airfare.

For the Hai Phong – Can Tho route, passengers can either claim a full refund or have their booking transferred to a Hanoi – Can Tho flight for free instead.

The airline also offers an additional VND150,000 (US$6.50) transportation allowance per passenger to help them get from Hai Phong to Hanoi.

Nha Trang is a popular resort city in the south-central province of Khanh Hoa, while Thanh Hoa is the capital city of the namesake province in north-central Vietnam.

Vietjet has operated Nha Trang – Thanh Hoa flights since June 6, 2016 with a frequency of three return flights every week.

The budget airline’s Vinh – Pleiku service, offering three return flights weekly between Vinh and the capital city of Gia Lai Province in the Central Highlands region since January 2016, has also been suspended from June 1.

Both Vietjet and Bamboo have not issued an official statement on their reasons for closing down the domestic routes.

A representative from a separate Vietnamese airline told Tuoi Tre (Youth) newspaper that Vietjet and Bamboo have been operating these routes at a loss due to low demand for air travel between the destinations.

Without subsidy from local governments, it is difficult for airlines to maintain services on such unpopular routes.

“In the end, the opening and closing of flight routes are still driven by market demand,” the representative said.

Vietjet said at a shareholders’ meeting in April it planned to open 20 more new international routes this year, effectively raising the company’s flight network to 133 domestic and international destinations, from the current 113 services.

Its air transport revenue in 2018 reached $1.45 billion, an increase of nearly 50 percent year on year.

An arm of real estate giant FLC Group, Bamboo conducted nearly 4,000 flights in the first four months of this year, mostly between destinations with existing FLC-developed hotels and resorts.