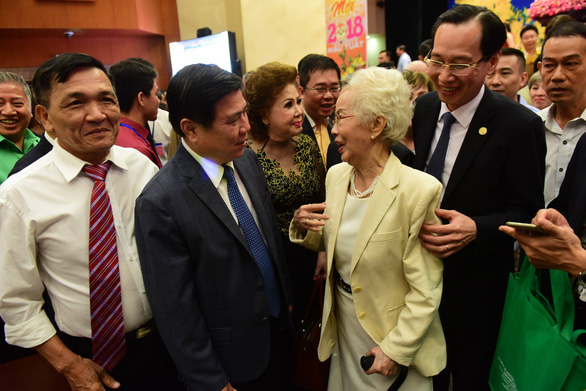 Remittances to Ho Chi Minh City reached about US$3.8 billion in January-September, an increase of seven percent over the same period last year, according to a recent report by the branch of the State Bank of Vietnam, which is the central bank, in the city.

The figure is projected to exceed $5 billion for the whole year, Phung Cong Dung, chairman of the Ho Chi Minh City Committee on Overseas Vietnamese, said at a conference held in the southern metropolis on Wednesday afternoon.

The nine-month rise is driven by the growing population of Vietnamese living and working abroad, which currently stands at nearly 4.5 million, according to Dung.

As the State Bank of Vietnam continues to regulate zero-percent interest rates on U.S. dollar savings for both individual and corporate clients as an anti-dollarization effort, many recipients of remittances now exchange the dollar for the Vietnamese dong to deposit for higher interest, according to Nguyen Hoang Minh, deputy director of the central bank’s Ho Chi Minh City branch.

Speaking at Wednesday’s event, Nguyen Cong Chinh, an overseas Vietnamese living in Germany and a standing member of the Vietnam Association for Overseas Entrepreneurs, said that the $3.8-billion figure, however, has not thoroughly reflected the contribution of overseas Vietnamese to domestic production and business.

“I know there are projects in Vietnam funded by overseas Vietnamese investors with millions of dollars,” Chinh said.

Vietnam is one of the top ten remittance recipients globally, according to the World Bank.