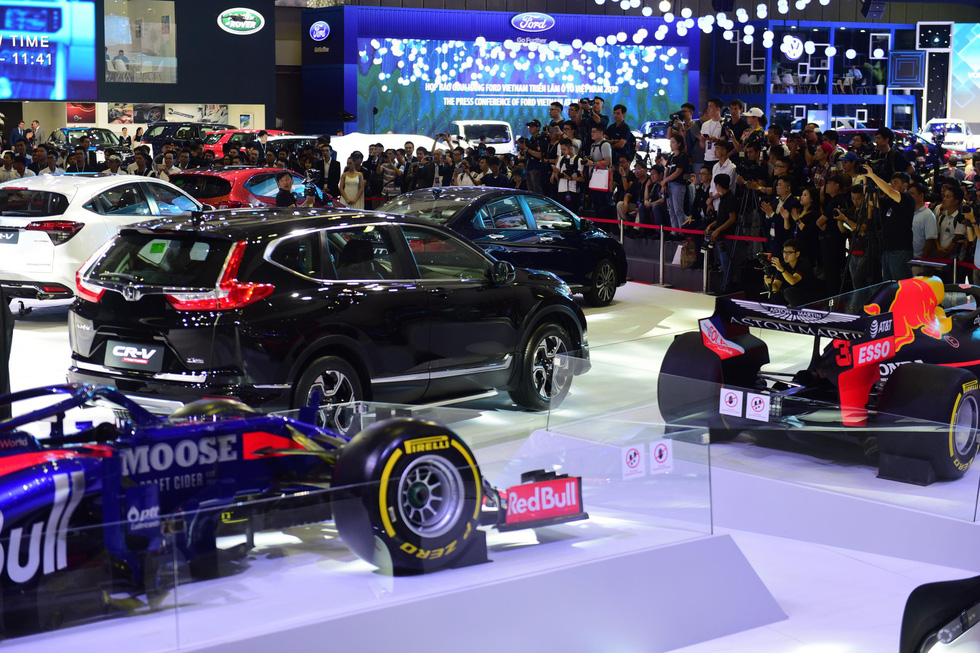 The General Department of Vietnam Customs has mentioned destruction as a possible “tough” measure it might take against a Volkswagen car found to have a navigation app containing a map with the illicit ‘nine-dash line,’ while it was on display at the Vietnam Motor Show (VMS) 2019 last week.

During the VMS 2019 that took place in Ho Chi Minh City from October 23 to 27, a visitor discovered the ‘nine-dash line’ depicted on a map used in the default navigation app of a Volkswagen Touareg car on display.

Volkswagen Vietnam later admitted it had borrowed the vehicle from a Chinese partner.

The ‘nine-dash line’ is an arbitrary demarcation line used on Chinese maps to illustrate Beijing’s illegal and unilaterally declared claims to vast expanses of the East Vietnam Sea, including large swathes of Vietnam’s Continental Shelf.

After the issue was brought to public attention, Volkswagen Vietnam took responsibility for the “error,” saying it was taking steps to return the Touareg car to the Chinese partner.

However, simply allowing the evidence to be returned to China would be too “lenient and simple,” a leader of the General Department of Vietnam Customs told Tuoi Tre (Youth) newspaper on Tuesday.

The official said the ‘nine-dash line’ map seen in the Volkswagen car is a distortion of Vietnamese history and he therefore calls for “the toughest and most appropriate” measures in handling the violation.

The official did not rule out destroying the vehicle as punishment.

As Volkswagen Vietnam has admitted their “mistake,” customs officials will sit down with representatives from relevant ministries this week to discuss what to do with the car, the customs leader said.

Several appearances of the invalid ‘nine-dash line’ have been reported in Vietnam this month.

Last week, Kylin-GX668, a Vietnamese company in the northern city of Hai Phong which distributes automobiles of different Chinese manufacturers, was asked to remove the ‘nine-dash line’ from maps used in the default navigation app of its vehicles, after the maps had been found to contain the illicit line.

On October 19, Vietnamese tour operator Saigontourist were slapped with a VND50 million (US$2,200) fine for issuing pamphlets, which it claimed had been provided by a Chinese partner, that contained a map depicting the ‘nine-dash line.’

Earlier, DreamWorks’ animated feature film ‘Abominable’ was removed from theaters in Vietnam after viewers noticed the ‘nine-dash line’ depicted on a map seen in the background of one scene.

The Ministry of Culture, Sports, and Tourism has fined CJ CGV Vietnam, the official distributor for the film in Vietnam, VND170 million ($7,310) and demoted the acting director of its Cinema Department for the incident.