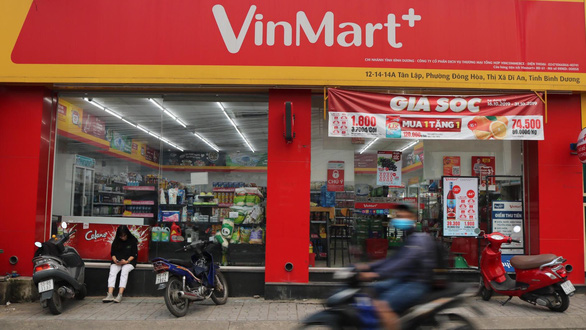 Why did Vietnam’s largest conglomerate sell off retail arm?

When news broke last week that one of Vietnam’s largest conglomerates, Vingroup, had plans to sell off its retail and agricultural arms to Masan Group, a major player in Vietnam’s fast-moving consumer goods (FMCG) market, industry insiders were unsure what to make of the announcement.

The official line from Vingroup is that the deal is expected to provide the company with the resources it needs to focus its energy on technology and production sectors.

Meanwhile, Masan’s strong position in the FMCG market will allow it to fully leverage the massive retail network that Vingroup has built over the past few years.

Under an agreement reached on Tuesday, Vingroup’s VinCommerce and VinEco arms will be acquired by Masan and incorporated into Masan Consumer Holdings, which is Masan’s consumer retail business.

Vingroup will exchange its shares in VinCommerce for a minority stake in a grand new retail company to be formed after the acquisition.

Once the deal is inked, Masan will assume control of VinCommerce’s 2,600 VinMart supermarkets and VinMart+ convenience stores spread throughout 50 cities and provinces in Vietnam, giving it access to VinCommerce’s millions of customers.

In August, Vingroup transferred the entirety of its shares in VinCommerce to VCM, a newly-formed subsidiary with a total of VND4,573 billion (US$197.7 million) in investment capital, 64.3 percent of which was contributed by Vingroup.

The move was seen by many as the beginning of Vingroup’s restructuring in preparation for the Masan deal.

Before the merger, retail and agriculture were among Vingroup’s eight main businesses – real estate, resorts, retail, industry, technology, health, education, and agriculture – with retail ranking second in terms of revenue.

In the first nine months of this year, Vingroup’s retail arm reported VND21,833 billion ($943.5 million) in revenue, making up 24 percent of the company’s total.

That number pales in comparison to the 59 percent of total revenue, VND54,905 billion ($2.4 billion), its real estate operations brought in during the same period.

Since its inception, VinCommerce immediately sped down a path of rapid expansion by increasing the number of its stores through both real estate and corporate acquisitions, including the purchase of Nhat Nam JSC’s Fivimart – a chain of 23 supermarkets – as well as its April purchase of Shop & Go’s 87 convenience store locations, and, most recently, Queenland Mart.

Vingroup had previously announced a target of expanding its VinMart and VinMart+ networks to 300 and 10,000 outlets, respectively, by 2025, however over the last few years retail has accounted for the corporation's highest loss-making sector, according to a report by VnExpress.

According to Vingroup, it still expects to profit off the retail network after the merger, given that Vingroup has built VinMarts in most of its residential and commercial complexes and will also retain a yet-to-be determined stake in the business.

After the sale, the conglomerate is expected to refocus itself on its core areas – technology and manufacturing.

Over the past two years, Vingroup has begun chiseling out a piece of Vietnam’s transportation market with the introduction of its locally-manufactured motorbikes and automobiles under its VinFast brand.

It has also launched VSmart smartphones and has widely publicized its foray into the production of 5G-related technologies.

Masan looks to reinforce its retail

In its 2018 annual report, Masan outlined a strategy to create a commercial ecosystem to meet the daily needs of consumers through each of its individual business segments by setting up a series of 'one-stop shops' that would allow customers to tackle their finance, grocery, and healthcare needs all in one place.

At FPT Techday 2019 in November, Nguyen Anh Nguyen, deputy general director of Masan, said that the company was already looking to tackle the challenges presented by China’s Alibaba and America’s Amazon as they began to make their entrances into the Vietnamese market

“If Vietnamese manufacturers, including Masan, are not careful, in three to five years we may still have our brand building and production capabilities but we will have lost the distribution market,” Nguyen said.

The 2,600 store-strong VinMart and VinMart+ network, therefore, will come in handy in facing this challenge, as well as help the group grow its burgeoning consumer goods and retail empire.

However, Masan is still exposed to other major challenges in the short term, particularly in terms of generating retail profits.