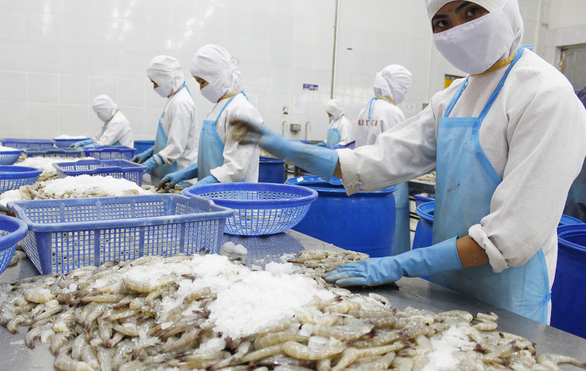 Members of the European Parliament (MEPs) gave their consent to the EVFTA, which they described as the “most modern and ambitious agreement ever concluded between the EU and a developing country,” by 401 votes for, 192 votes against, and 40 abstentions, the EP said on its official website on the same day.

The EVFTA is expected to create a major push for Vietnam’s exports, helping diversify the country’s exports and markets, Vietnam's state media said.

Under the agreement, Vietnam will cut 65 percent of import tax on EU commodities right after the deal takes effect, while the rest will be erased in a ten-year period.

Meanwhile, the EU will cut more than 70 percent of tariffs on Vietnam’s commodities right after the deal takes effect, while the rest will be abolished in the seven subsequent years.

The EVFTA will come into force one month after Vietnam and the EU have notified each other that legal procedures have been completed.

On Wednesday, the EVIPA was also passed with 407 votes for, 188 votes against, and 53 abstentions.

The EVIPA will still have to be ratified by all EU member states, which could take years judging by the precedent of the EU-Vietnam Partnership and Cooperation Agreement, the ratification of which took over three years.

The EVFTA and EVIPA were signed in Hanoi on June 30 last year.

A resolution asking for the EP’s ratification of the two documents was passed by its Committee on International Trade on January 21.

The documents include intensive, extensive, and comprehensive commitments covering the fields of economy, trade, investment, and sustainable development issues.

According to a research by the Vietnamese Ministry of Planning and Investment, the two deals will help Vietnam increase its GDP by 4.6 percent and its exports to the EU by 42.7 percent by 2025.

Meanwhile, the European Commission has projected the EU’s GDP to increase by US$29.5 billion and its exports to Vietnam by 29 percent by 2035.