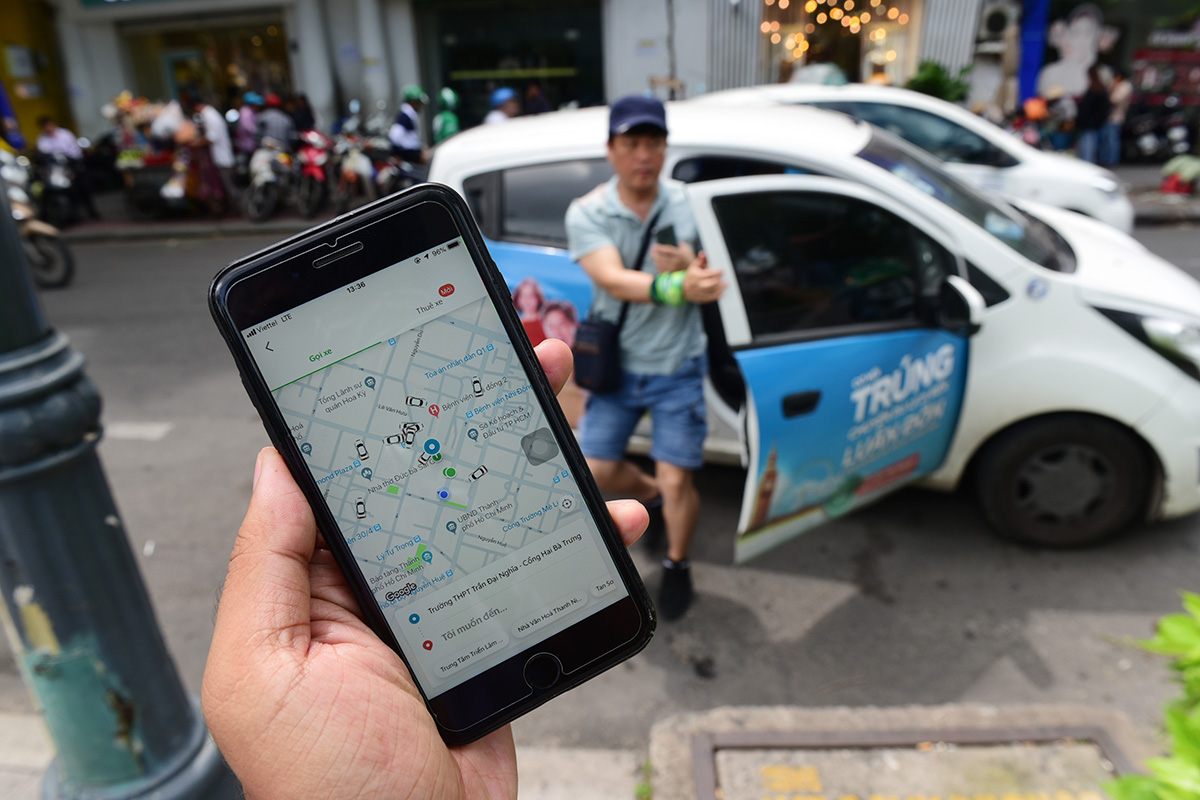 Thousands of ride-hail drivers in Vietnam are struggling to pay back their bank loans as COVID-19 social distancing measures in Hanoi and Ho Chi Minh City are likely to continue throttling their business until at least Wednesday next week.

Nguyen Van Hinh, a GrabCar driver, says the past four months has brought him little more than financial hardship as the ongoing COVID-19 pandemic has led to a steep decline in fares.

The situation has gotten so bad that he has been forced to borrow money from family members to repay a VND500 million (US$21,200) bank loan he took out to buy his car.

According to Hinh, he and his wife worked as taxi drivers until late 2018, when they decided to purchase their own vehicle to become rideshare drivers.

The couple found a deal that required them to put down a 30 percent deposit and pay off the rest in monthly installments.

Since then, they have been driving a combined 16 hours per day in order to afford their VND12 million ($510) monthly payments.

“Because of the COVID-19 outbreak, we’ve only been able to give ten to 15 rides per day for the past few months. Our revenue has dropped more than 60 percent,” Hinh said, adding that his situation will only get worse if the government’s social distancing policy continues.

Van Hoang Lam, another rideshare driver, has found himself in the same boat.

In August 2018, Lam took out a car loan from local lender Techcombank worth 70 percent of the value of his vehicle.

He originally had expected to pay off the debt in eight years through monthly payments of VND7-8 million ($230-340) but has found himself barely staying afloat since the pandemic started.

Adding insult to injury, he is still expected to pay a host of automobile registration fees, including road maintenance, vehicle insurance, and civil liability insurance.

“We expect the banking sector to cut interest rates, lower our required monthly payments, or defer our debt payments,” he said.

A chairman at a Hanoi-based lender, who preferred to remain anonymous, told Tuoi Tre (Youth) newspaper that the outstanding loans taken to finance automobile purchases among individual and business clients at his bank account for around 30 percent of its total personal lending.

He also noted that many transport companies have asked the bank to delay their debt payments and lower their interest rates until the pandemic subsides. The bank, in turn, has granted their requests.

Individuals who claimed their vehicle loans were for personal use, rather than commercial use, however, they have not been afforded the same relief options and have been unable to access the government’s preferential loan package, which includes interest rate reduction and debt rescheduling.

Late last month, Grab Vietnam announced a relief package of VND70 billion ($2.9 million) for its drivers, along with a series of prevention and support measures for drivers, merchant-partners, and the community during the current public health crisis.

Two hundred million rides were completed through applications in Vietnam in the last six months of 2019, 73 percent of which were made via the Grab app, according to ABI Research, a global tech market advisory firm.

In a recent notice to its driver, the ride-hailing firm said it was well aware of drivers’ concerns over their debt obligations and was working with transport cooperatives to cut deals with local banks in an effort to lower their interest and defer loan payment.

Vietnam has confirmed a total of 268 COVID-19 cases, 177 of whom have been discharged from the hospital. No virus-related death has been recorded in the country as yet.

Sixteen other provinces and cities, in the "at-risk" category, are also required to take the same social distancing measures, with the remaining 35 provinces allowed more lenient restrictions.

Vietnam completed the first 15 days of enhanced social distancing on April 15 as per a prime minister directive issued on March 31.