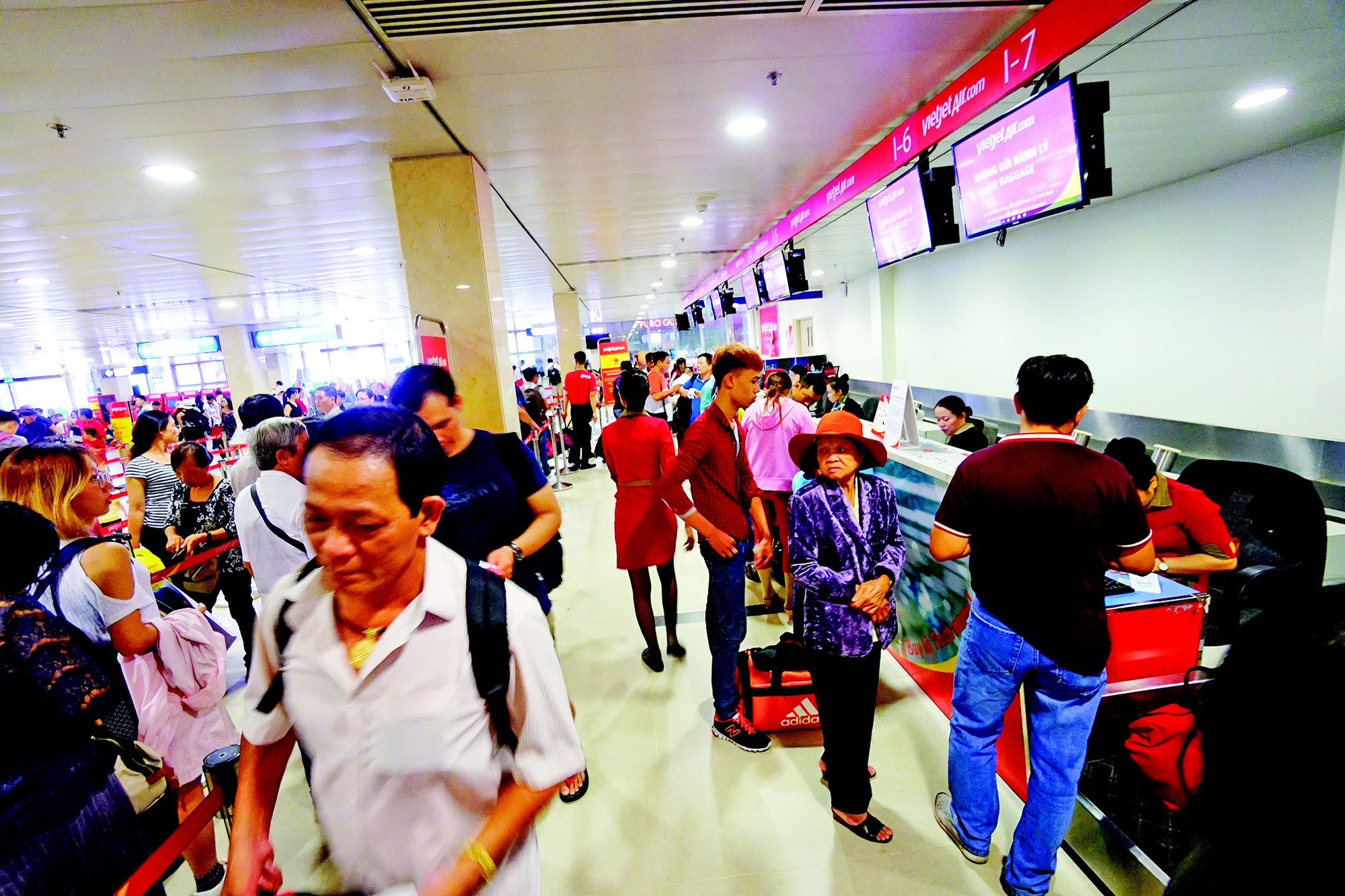 Vietnamese airlines have been opening new domestic routes and offering discounts in an effort to restore their operations after the novel coronavirus disease (COVID-19) epidemic.

According to the observation of Tuoi Tre (Youth) newspaper reporters, the domestic terminal of Tan Son Nhat International Airport in Ho Chi Minh City has been quite bustling in the past few days.

All airlines in Vietnam have restored 100 percent of their domestic routes and are now running new services as well as giving away cheap tickets to attract customers.

National carrier Vietnam Airlines is selling tickets from VND49,000 ($2.1) for all domestic routes until the end of this month.

Fierce competition is going on between local carriers, evidenced by a host of discounts and promotions, said Quynh Vy, a resident in Phu Nhuan District.

“I have recently booked tickets to Phu Quoc Island [off southern Vietnam] for my family vacation in late June. Each ticket costs only VND500,000 [$21], a very affordable rate,” Vy elaborated.

Local airlines are shaking hands with tourist firms to provide affordable tours, helping to speed up the recovery of both aviation and tourism, according to Doan Thi Loc, deputy director of state-owned Saigontourist.

Travel agents in Ho Chi Minh City said they are raising the quality of their tours while charging only 70-80 percent of the rates before the COVID-19 epidemic.

Aside from beefing up domestic operations, airlines in Vietnam are preparing for the restart of some international routes.

Local carriers are likely to resume flights to South Korea, Japan, and Taiwan when they can obtain local authorities' approval.