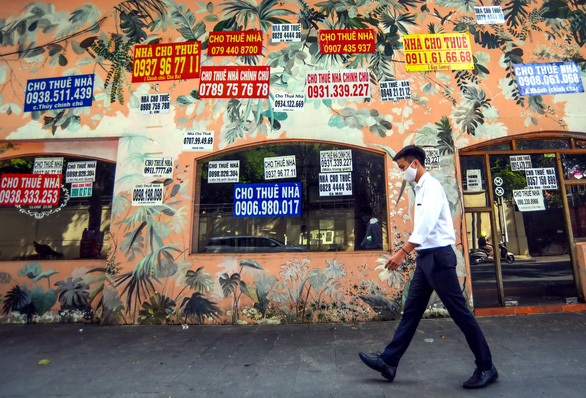 Commercial property owners and tenants in Vietnam have been facing uncertain times as they take hits from the blows of the novel coronavirus disease (COVID-19) pandemic.

Experts forecast that the market of rental retail space in the Southeast Asian country will not recover soon and must depend on other economic sectors, especially tourism and retail which have been hampered by travel restrictions and social distancing rules.

At least until the end of 2020, the domestic commercial rental rates will continue declining with the number of vacancies remaining high, according to the experts.

The average occupancy stayed high at 95 percent, stable but slightly down one percent year-on-year, due to non-CBD (central business district) cancelations, alongside predominantly F&B (food and beverage) and fashion tenants choosing not to renew contracts.

According to Savills Vietnam, most landlords offered up to 30-percent rent reductions in April and May.

For street retail chain tenants, the pandemic has forced them to adjust business strategies.

Particularly, F&B and fashion chains have closed underperforming outlets, increasing prime street retail vacancies, while CBD street retail focused on the tourism market which was suffering as travel bans forced further closures, on top of the resumption of the metro project in District 1.

A recent Savills Vietnam survey found that potential occupiers in Ho Chi Minh City request up to 40-percent rental discounts compared to the maximum 20 percent at the end of 2019.

Nguyen Thuy Linh Cat, director of Nguyen Sa Fashion Company in the city, said that all 15 stores in its network saw a combined decline of 50 percent in revenue in July, while their total rentals cost more than VND400 million ($17,200) a month.

“If the landlord shares our difficulty by cutting the rent by 20-30 percent during this period, it will greatly help our business,” Cat said.

Retail rental supply in Hanoi was approximately 1.6 million square meters by the end of this year’s second quarter, up five percent year-on-year.

The average occupancy fell two percent from the previous quarter and four percent year-on-year to a three-year low.

Footfall and sales at retail spaces in the Vietnamese capital city slumped under the enhanced social distancing implementation in April and only recovered slightly in May and June.

Hoang Tung, CEO of Hanoi-based food chain Pizza Home, said that some landlords of its outlets have agreed to lower rents by 30 percent. But such reductions are rare.

A recent Savills Vietnam survey found that more than 50 percent of tenants in Hanoi's Old Quarter have returned rentals.

While some commercial property businesses are facing challenges, others have seen a surge in interest.

A representative of a leading supermarket chain in Ho Chi Minh City said that it is looking for new property assets for rent to expand its system.

The rentals of these commercial properties, especially those in densely-populated neighborhoods, tend to slightly rise as people are afraid to go far and choose to shop near their homes, according to the representative.