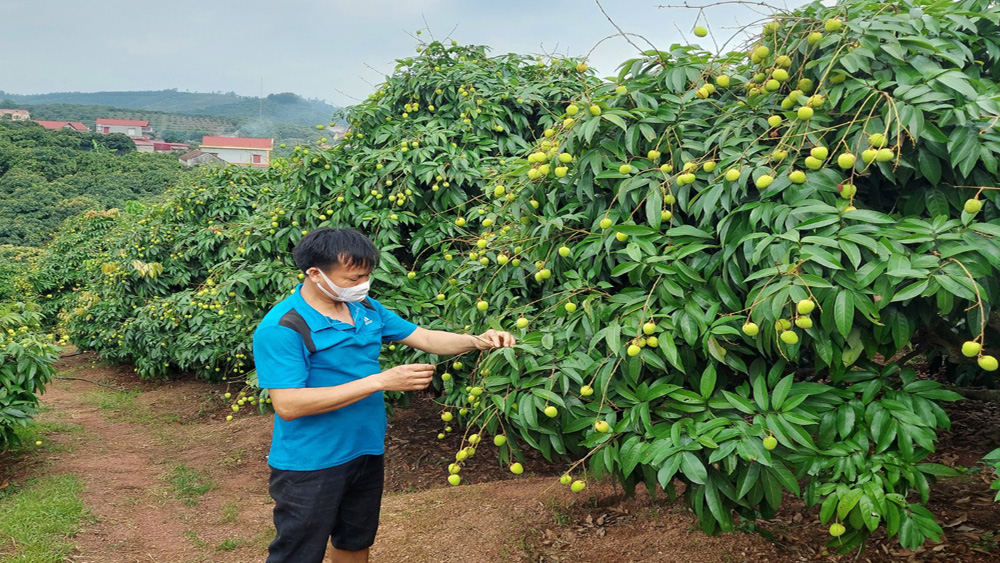 Northern Bac Giang Province has obtained the Prime Minister’s approval to receive 190 Chinese purchasers to support the trade of its famous lychee.

The provincial authorities have coordinated with the Chinese Embassy in Vietnam to soon bring Chinese lychee traders to the Southeast Asian country following the approval.

The traders will undergo quarantine according to regulations.

Speaking at a conference to promote agricultural products hosted by the Ministry of Agriculture and Rural Development on Friday, Bac Giang deputy chairman Phan The Tuan said that this year, the province has seen the best output ever, at an estimation of 180,000 metric tons on the total farming area of 28,100 hectares, marking an increase of 15,000 metric tons against last year.

The main crop is expected to turn out about 130,000 metric tons.

The early harvest time will begin from May 20 while the main season will start from June 10 and last until July 20.

The provincial authorities have prepared a plan to support farmers in lychee trading while ensuring safety against COVID-19.

Checkpoints have been set up at the entrances and exits of lychee growing areas.

Lychee farmers are advised to not travel outside those areas before and during the harvest season.

Currently, the province has directed districts and communes to review cases of COVID-19 infections and test all workers living in the lychee growing areas and working at industrial parks.

COVID-19 patients’ direct contacts will be brought to a concentrated isolation area.

The agricultural sector and district governments are also working on documentation and testing of lychee shipments for COVID-19 prevention for both domestic and foreign markets.

“The province has made a plan to organize an online conference to promote lychee consumption on June 8 with 21 localities in the country, four localities in China, two localities in Japan, one in Singapore and one in Australia,” deputy chairman Tuan said.

“We will also organize a ceremony to mark the early delivery of lychees grown in Tan Yen District to Japan on May 26,” he added.

Bac Giang proposed the Ministry of Agriculture and Rural Development direct its Plant Protection Department to send experts to the province to supervise the fumigation, sterilization and implementation of phytosanitary measures on the Japan-bound lychees.

Deputy Minister of Agriculture and Rural Development Tran Thanh Nam gave a nod to the suggestion during Friday’s event.

For the domestic consumption, the Bac Giang Department of Industry and Trade has worked with supermarkets and wholesale markets in many provinces and launched the specialty onto e-commerce platforms.