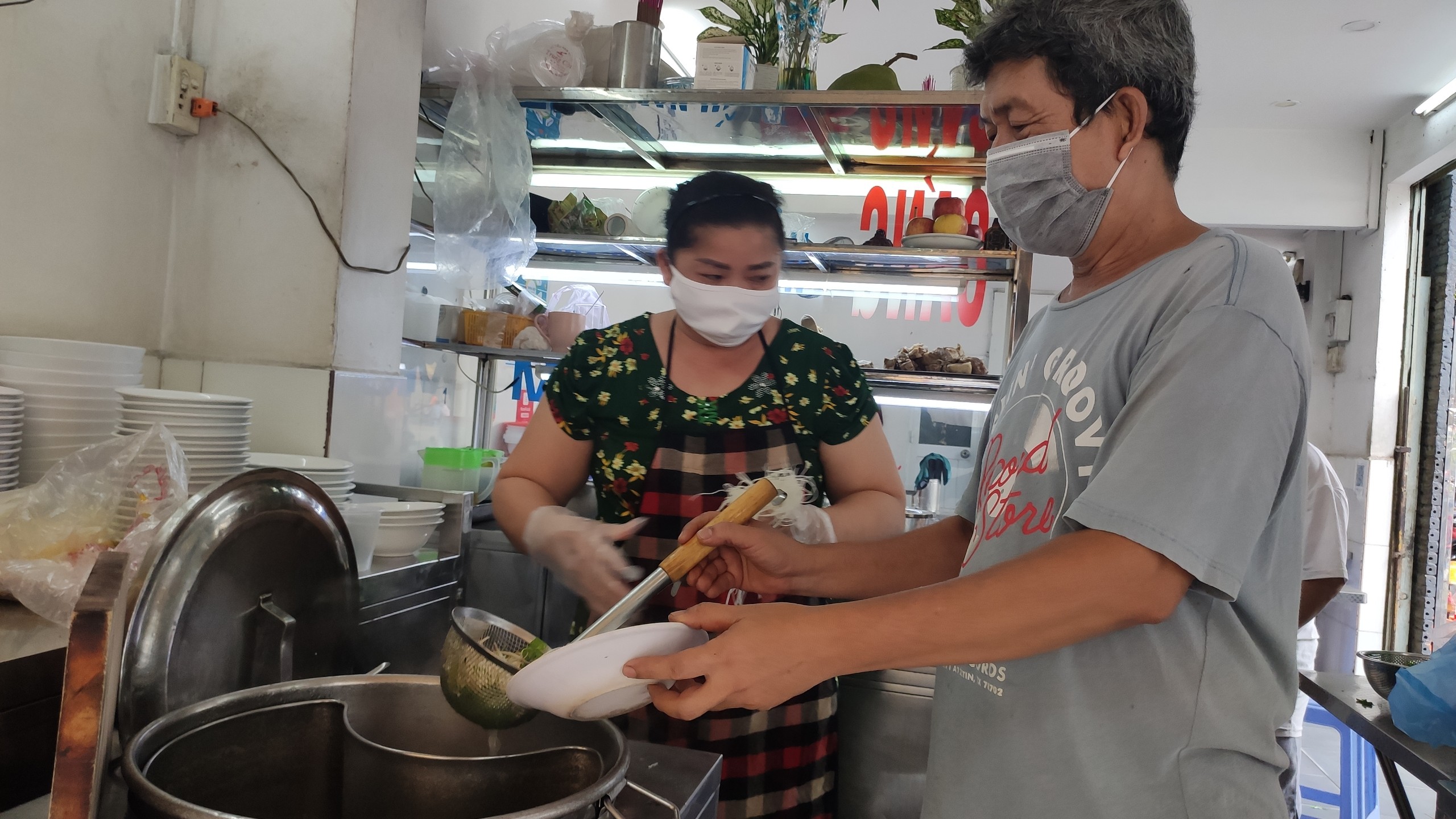 Many eatery owners in Ho Chi Minh City have had no other choice but to raise the prices of their dishes due to the surging cost of meat, vegetables, and spices caused by rising gasoline prices.

Trung, who runs a pork noodle soup shop in District 3, said he has resumed dine-in service since late October following the municipal administration's decision to reopen the economy when COVID-19 has been put under control and more vaccines have been administered to the population.

His shop is now operating at 50 percent of its capacity.

As the cost of ingredients became more expensive, Trung had to increase the price of each bowl by VND5,000 (US$0.22).

“Although pork rates have slightly dropped, the cost of other main ingredients including veggies, shrimp, and spices has skyrocketed due to rising gasoline prices,” the vendor elaborated.

“If we don’t increase the prices of our dishes, we will hardly gain any profit,” the owner stated.

Meanwhile, some eatery owners have decided to keep their previous prices to avoid losing customers.

“The number of customers is only at 40 percent of that before the COVID-19 outbreak," Hai, the owner, said, referring to the flare-up in late April that has caused over one million community transmissions in all 63 provinces and cities, including more than 23,000 deaths, mostly in Ho Chi Minh City.

"If we increase our price, no one would want to come.

“My customers are mainly students and regular laborers.

"If the dishes are too expensive, they won’t be able to afford them.”

Many laborers have had their livelihood severely affected by the pandemic already, the vendor added.

Similarly, Phuc – who sells fish noodle soup in District 10 – stated that increasing the price would shrink his sales.

“Our profit is negligible at the moment, but still enough to help us survive this pandemic,” Phuc elaborated.

Ho Chi Minh City has been the hardest-hit locality since the fourth COVID-19 outbreak began on April 27, with over 447,000 cases.

The city had imposed various levels of social distancing since May 31 before loosening restrictions in October thanks to positive results in prevention and control efforts as well as a high vaccination rate.

F&B establishments were allowed to offer sit-down service from October 28, but under several strict conditions, including operating at only 50 percent of capacity, closing before 9:00 pm, and following pandemic prevention measures.