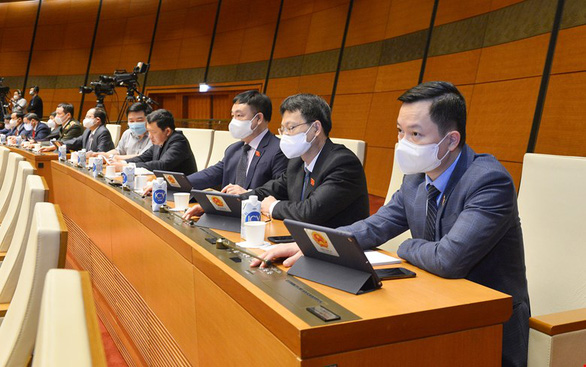 Vietnamese legislators on Tuesday approved an economic stimulus package worth up to VND320 trillion (US$14.11 billion) for the 2022 - 23 period to boost the country's economic recovery from the COVID-19 pandemic.

Included in the package, which got nearly 85 percent of votes in favor from the lawmaking National Assembly deputies, value added tax (VAT) will be cut by two percentage points from the current 10 percent for some commodities and services, while loan interest rates will be reduced by 0.5 to one percentage point.

The package will pump VND176 trillion ($7.77 billion) into investment and development, including VND14 trillion ($619 million) for health networks and over VND113 trillion ($5 billion) for infrastructure, among others.

It will allocate around VND40 trillion ($1.76 billion) to lower loan interest rates by two percentage points a year for some major sectors and businesses deemed capable of recovery.

In order to make this stimulus package available, the National Assembly approved a state budget deficit increase over the next two years of 1-1.2 percent of the year’s gross domestic product (GDP).

Government bonds, official development assistance (ODA) lending, and overseas preferential loans will also be among the possible sources to feed the economic stimulus package, which may be expanded to reach VND320 trillion, the legislature said.

The Southeast Asian country is targeting GDP expansion of six to 6.5 percent this year, up from last year’s 2.58 percent, a decades-low growth rate due to COVID-19 impacts, according to a recent government resolution.

Prior to the pandemic, the nation’s GDP growth reached 7.02 percent in 2019 and 7.08 percent in 2018, the General Department of Statistics reported.

The country also aims to achieve a per capita income of $3,900 and maintain an average consumer price index (CPI) at about four percent.

The Vietnamese economy began to recover in the fourth quarter of 2021 as the country has lifted COVID-19 restrictions to reopen its economy in the strategy of living safely with the coronavirus since early October.