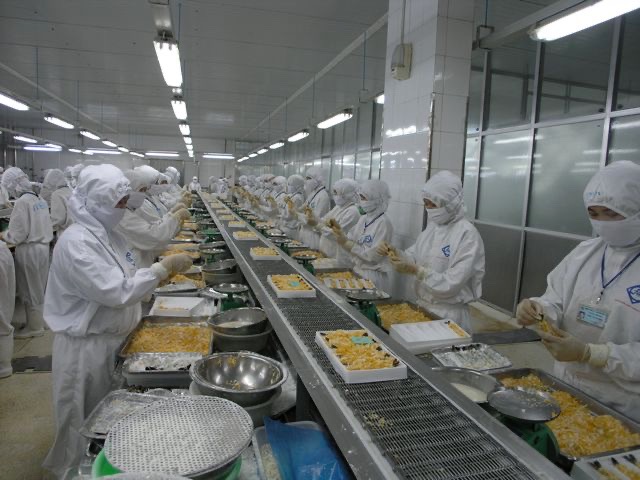 Vietnam’s shrimp exports to US exceed $1bn for first time

Vietnam’s shrimp exports to the U.S. hit US$1 billion in 2021, an increase of 20 percent compared to 2020, general secretary of the Vietnam Association of Seafood Exporters and Producers (VASEP) Truong Dinh Hoe highlighted at during a conference on shrimp industry development in 2022 on Friday.

The conference was jointly held by the Ministry of Agriculture and Rural Development and the People’s Committee of Soc Trang Province in the Mekong Delta region.

A leader of the Directorate of Fisheries told the event that local shrimp exporters achieved a strong breakthrough in 2021, with the total farming output reaching 970,000 metric tons, up 4.3 percent compared to 2020.

In his part, Hoe noted that Vietnam's shrimp export turnover reached $3.9 billion in 2021, up four percent from the previous year, with Soc Trang and Ca Mau Province being the two main contributors.

Currently, more than 500 Vietnamese shrimp exporters are shipping their products to 103 markets.

Among that, the U.S. is currently Vietnam’s largest shrimp market, accounting for 28 percent of total shrimp export value, according to the agricultural ministry.

Experts predicted that the U.S. would remain the largest shrimp importer of Vietnam this year thanks to the rising demand of the food and hotel industries.

Meanwhile, customer demand in Europe may decline due to the Russia-Ukraine conflict, according to the experts.

In addition, in 2022, shrimp prices may increase due to complicated fluctuations of input materials, according to Hoe.

The general secretary of VASEP also said that inflation will send production costs rising, leading to an increase in selling prices and dampending market demand.