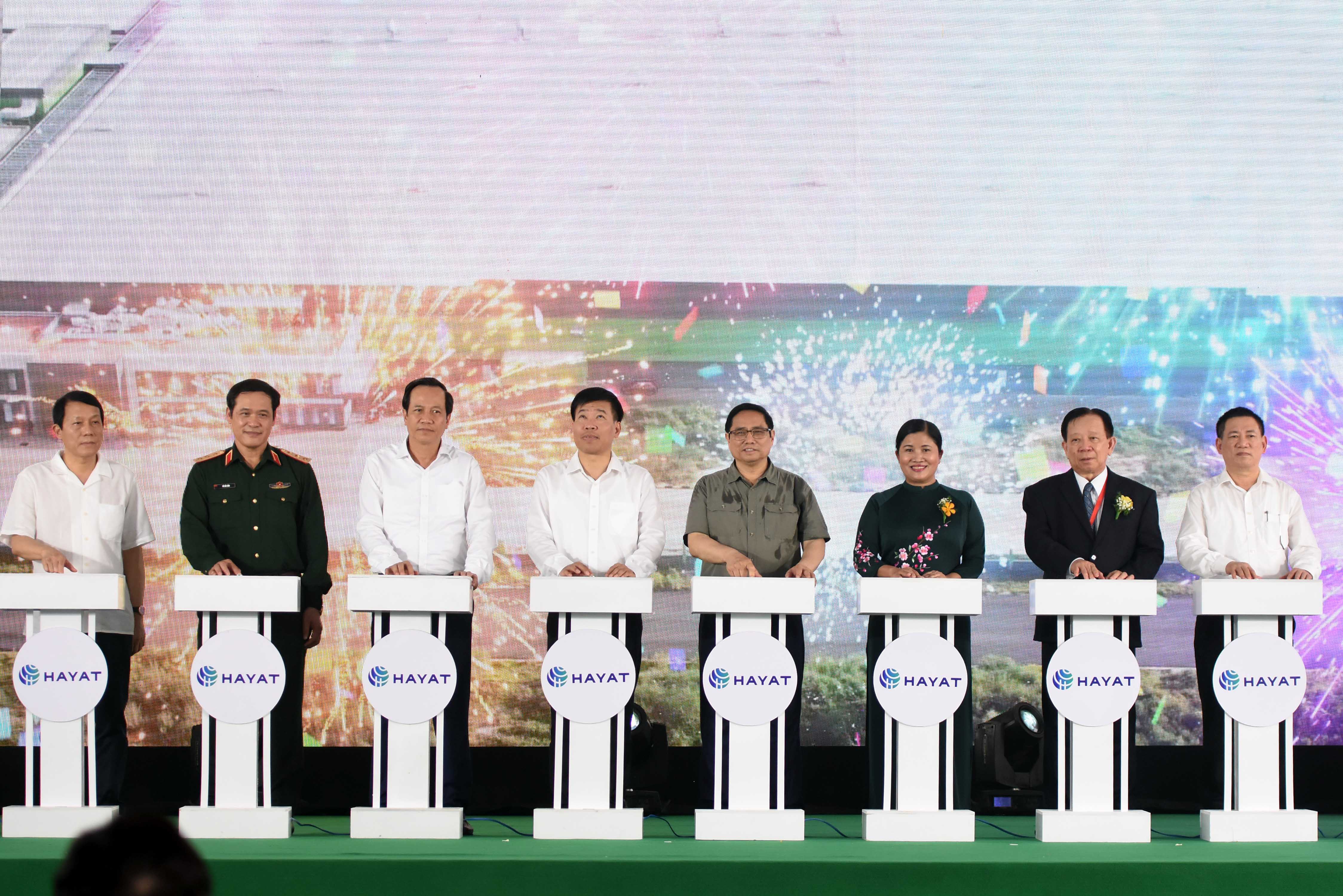 The inauguration was attended by Prime Minister Pham Minh Chinh and his delegation of government officials, who were on a working trip to Binh Phuoc.

Costing $250 million and covering 32 hectares, the factory is expected to become Hayat’s production center in Southeast Asia, exporting about 40 percent of its output to Thailand and Malaysia with the total value estimated at $50 million a year.

The facility is designed with zero emissions and the ability to minimize environmental impact and save water and raw materials.

Hayat aims to save 6.5MWh of electricity as part of its commitment to sustainable development in Vietnam.

The group has invested $100 million and created jobs for more than 500 workers in Vietnam.

At the ceremony, PM Chinh said he was pleased with Binh Phuoc's achievements in sustainable development over the past years.

The province still needs to improve its infrastructure, digital transformation, and climate change adaptation to reach its full potential, he continued.

The premier asked investors to further contribute to the improvement of the local human resources, mobilize financial resources for development, boost management capacity, pay attention to environmental protection, increase the use of renewable energy, and ensure the social security and legitimate interests of workers.

Local authorities and investors should also make sure that site clearance is done properly when implementing projects, and that affected residents are given a better place to live, the leader added.