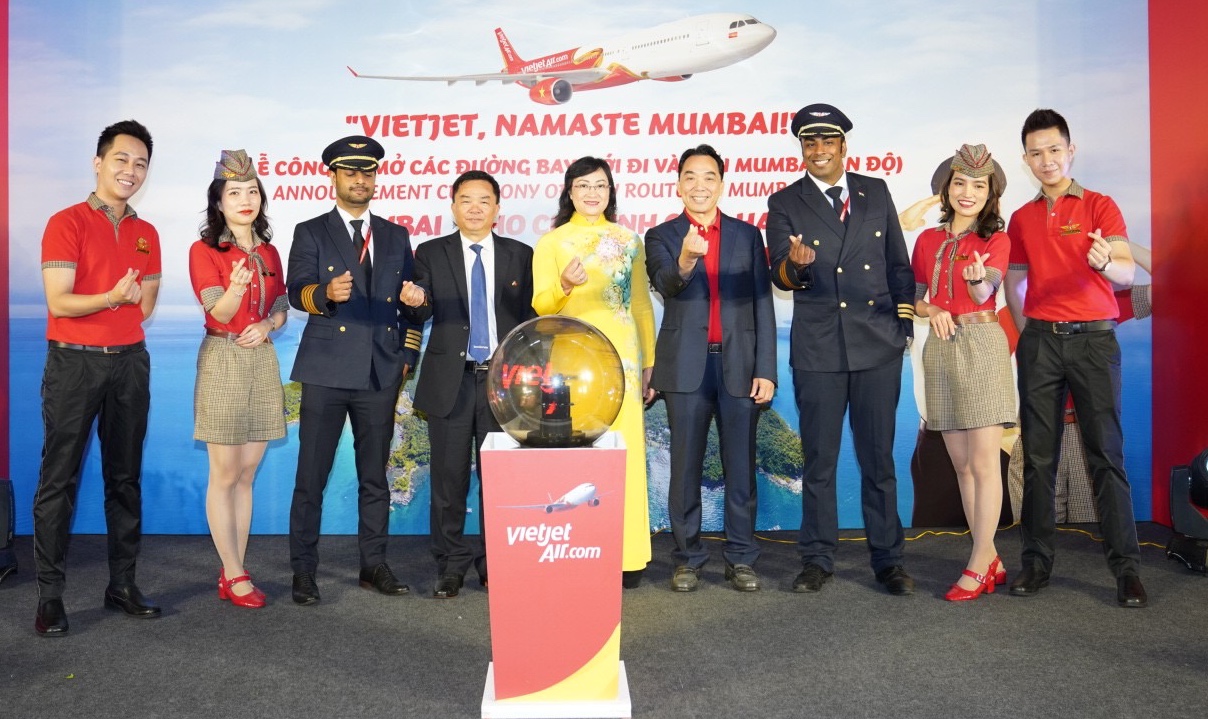 The new routes’ launch ceremony was held in Mumbai during the visit of Ho Chi Minh City’s leaders to the Indian city as Vietnam and India mark their 50th anniversary of diplomatic relations, the budget airline said in a press release on Wednesday.

The services between Phu Quoc and New Delhi will commence on September 9, with three weekly flights on Wednesday, Friday, and Sunday.

The two countries’ first direct services connecting Ho Chi Minh City/Hanoi and New Delhi resumed operations in April this year, with three to four flights per week for each one.

“We have been the first carrier operating direct services between Vietnam’s capital city of Hanoi and its largest city of Ho Chi Minh with India’s capital city New Delhi.

“Vietjet’s flight network covering up to six direct routes between Vietnam and India also marks a milestone in the two countries’ 50 years of diplomatic relations, since 1972.”

Vietnam has lifted all arrival regulations relating to COVID-19 and travelers can enjoy a complete pre-pandemic fashion now.

The Southeast Asian country is currently more than ready to welcome international travelers to explore its magnificent scenery.