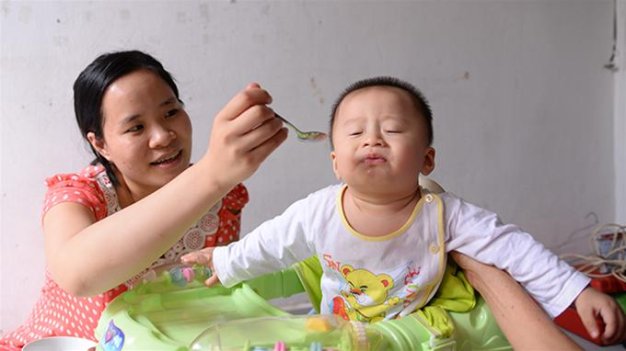 Vietnam youths no longer have inferiority complex about physique in 2035

Editor’s note: In this entry submitted to the “Ky Vong Viet Nam 20 Nam Toi” (“My Expectations for Vietnam in 20 Years”) writing contest, Phan Quang Trung, a 55-year-old contestant, cherishes a dream that Vietnam will pride itself on a generation of youths who are both academically and physically capable by 2035.

This year is a good year indeed for the country’s sports sector. The elation from the country topping the Southeast Asia (SEA) Games with 70 gold medals remains overwhelming when local fans are thrilled once again by their beloved men’s football (soccer) team winning a ticket to the World Cup final round.

That’s how things are supposed to be. With Vietnam’s population reaching almost 100 million, making it the second most populous country in Southeast Asia and among the world’s top 20 most crowded nations, the country deserves such impressive sporting accomplishments. And there’s room for even further growth.

Am I too dreamy? No! I have a strong conviction that we will achieve such accomplishments in the 20 years to come, even sooner if the entire country makes concerted efforts.

The Vietnamese youth then would no longer suffer an inferiority complex about their height or physique.

Vietnam would be proud that the young generation would represent the country both physically and academically in the international arena. It would be a thing of the past that our sports teams, except those in chess, tend to return empty-handed while local students score resounding triumphs at international Olympiads in natural sciences.

Every time I go past universities, it saddens me to see that most students, both male and female, are small-built and lanky. I often ponder how such a future generation can successfully defend and construct our country. Though Vietnamese people’s brainpower is on a par with their counterparts across the world, their humble build is quite a cause for concern.

We must overcome our weakness regarding stature no matter how costly it is.

As funding from the state coffers does not suffice, we will call for contributions from people, both at home and abroad, as well as international organizations. Everyone and every field are making their own efforts, but all aim to improve the build among dozens of millions of young Vietnamese. A peacetime crusade begins!

A farmer named Rip van Winkle in the eponymous novel by American writer Washington Irving (1783-1859) experiences beyond-recognition changes after a sleep that lasts 20 years. We cannot do this. It takes loads of work over 20 years just to improve the Vietnamese youth’s stature.

First, mothers-to-be need proper nutrition regimes so as to give birth to healthy babies. Though Vietnam has yet to be a wealthy nation, its economy has taken off and most households’ income has improved. Bettering the diets of pregnant women and infants is thus highly feasible.

Infants would be ensured proper nutrition regimes, health care and vaccinations against common childhood ailments to acquire optimum growth in their first few years. In kindergarten, they would benefit from school milk programs which receive sponsorship and contributions from dairy enterprises, parents, local companies and state coffers.

Preschool facilities would continue the milk programs and offer weekly swimming lessons at their pools, which are designed both to prevent drowning accidents among kids and discover and train swimming talents in the future.

All of society should make contributions to ensure sufficient equipment and a well-trained teaching staff in physical education in high school.

Due to a shortage of equipment and/or teaching staff, students are usually given cursory training in such fundamental categories as the 100-meter sprint, long jump and high jump before they are superficially assessed. That has seriously hampered teenagers’ physical growth.

Conditions for physical education tend to be better at universities, but young people’s physical growth tends to slow down by that age. In addition, students are usually distracted by their efforts in working their way through college, which can obviously undermine their training effectiveness.

How about stamina and endurance? We’ve taken great pride in Vovinam, our national sport, which has burgeoned in over 40 countries. However, no training centers for the martial art are found in the Mekong Delta city of Can Tho where I live. I just learned that there are some such centers in certain districts.

It’s essential that we incorporate the national traditional martial arts into our elementary and high school system as a compulsory subject. This will be a mammoth, costly and time-consuming project, which will need coaching staff – who are also teaching staff – in terms of both quantity and quality, before the project is officially launched.

The benefits to be gained would be huge and last throughout the length of the country’s history from now on: Vietnamese people will boast robust physical and mental growth, abide by laws and demonstrate sportsmanship, which will help eradicate social ills such as drug use, theft and drunkenness.

Nearly three million Vietnamese expats across the world will also play a major role in improving Vietnamese build, so that they or their offspring will return to Vietnam to do business or settle down.

Furthermore, many of the nearly one million Vietnamese students studying abroad every year marry natives. If our country adopts incentive policies and facilitates such interracial marriages, we would earn double benefits. The long-running, important benefit is improving the build of the next generations of Vietnamese people.

Socially speaking, campaigns promoting physical activities among people are not new, but still work, particularly as people’s awareness of keeping fit has improved considerably these days.

Governments at different levels should also facilitate the establishment of gyms, sporting grounds and clubs of badminton, volleyball and so forth so that people from all walks of life and in all age brackets can take part in them.