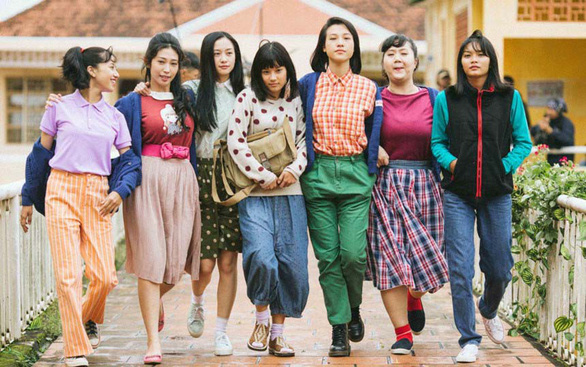 The amazing women of Vietnam

Yes, it’s that time when we salute the fabulous, beautiful, clever women of this great nation! If you’re living anywhere remotely civilized, you can’t miss the reminders; the girls huddled under midday golf umbrellas flogging off flowers to love-struck teenagers and busy workers, women holding flowers for their mums while riding one-handed and young families having nights-out with mum at the center of attention.

Remember, your life as a happily reliant recipient of a woman’s attention, care, love, devotion and yummy food depends on doing the right thing on this day!!!

As we all know, Vietnamese women are pretty awesome! I don’t know many countries where the ladies are as tough, cheerful and helpful as here. If you’ve lived here for any decent amount of time, you’ll surely know some Vietnamese female who’s helped you in circumstances that might otherwise have driven you mad. Likewise, many expats have married locals and been together for many years in stress-less bliss.

So as a twist on my usual write-up for this special day, I thought I’d recall some of the more remarkable females that Tuoi Tre News reported on during this past year and some of the characteristics that make local girls better than all the rest!

Back in February, Tuoi Tre News reported on the efforts of a single mum, Le Thi Thai Uyen, who works with children and adults with HIV/AIDS infections in and around Ho Chi Minh City. It’s the kind of thing that can wear down anyone yet as she says in the story; it’s helped her overcome a failed marriage and realize that others have a harder life than hers. It takes a particular kind of nerve and ability to show empathy to people facing terminal illness and help them confront their situations and more so with children. She has put off marriage to devote time to helping others as well as raising her daughter. It’s one thing I really like about my Vietnamese female friends; they don’t give up easily and fight as hard as they can for the benefit of others.

In August, Tuoi Tre News ran a story about Briu Thi Sakura, an ethnic minority woman from Quang Nam Province who had won a scholarship awarded by Tuoi Tre (Youth) newspaper to financially support students from impoverished families. For 19-year-old Sakura, life is tough yet she is endlessly cheerful. There’s no time of self-pity amongst the Vietnamese; just get on with life. Her own story is the typical story of tens of thousands of women living outside the cities with few opportunities to get assistance, enough money and above all else; education to lift themselves out of the poverty cycle. Sakura’s dream to become a teacher is the hope to help her family and the local children get a better education. Interesting how the Vietnamese don’t think of the impossible odds but the opportunities that could be seized.

Although this word often takes on a negative meaning, it can also mean sticking to a choice even if others don’t think it’s a good idea; in the hope of doing good for others. In September, Tuoi Tre News highlighted the resolute decision of Tra Thi Thu, a Vietnamese woman in her mid-20s to work as a teacher in an impoverished mountain area. This meant giving up a lot of the luxuries of urban life. She pointed out that other teachers in even more remote areas are doing it tougher yet she believes the experience will just make her stronger. I’d wonder how many others could make that same decision knowing what they’d have to give up to do the job. One thing’s for certain, her passion for teaching is the key.

The point here is that Women’s Day in Vietnam is not just for the loved ones in our life but the millions of women thoughout the nation who do the impossible, the plain hard stuff, the painful interactions as well as all the goodness they introduce into our lives. They represent half of humanity, its hopes and its dreams.

So do the right thing for Women’s Day but if you also see the chance to do something for women doing it tougher than the rest, take the opportunity; donate, encourage, support, listen and above all give them love.