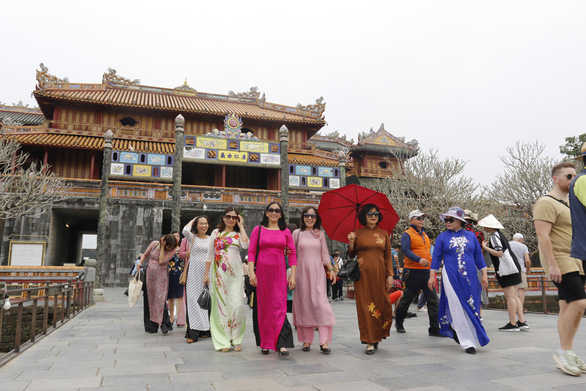 Vietnam has two separate times of the year when it shows appreciation and support of women; International Women’s Day which happens on March 8th and later again Vietnamese Women’s Day on October 20th.

Both events are marked with gifts, flowers, speeches and ceremonies; however, the key difference is the focus – the international day highlights women’s public roles, achievements and current status in the world. Vietnamese Women’s Day is more about showing private and personal gratefulness for all that women bring into our lives.

Last year when I wrote about International Women’s Day, I noted some of the remarkable achievements made by women both nationally and around the world. This year I’m looking at the theme, set by the United Nations women’s group; "I am Generation Equality: Realizing Women’s Rights”, examining and creating new ways to address the difference between what has been promised by governments and society to create equality and the existence and reality of real improvements in women’s lives.

So what’s it all about?

The ‘generation’ part represents the emerging next generation of women working towards equality around the world so this means training up, educating and mentoring younger activists in tackling issues, working with the authorities and creating projects to reduce poverty, access to education and training, and upgrading job and business skills.

A good example might be a program among the ethnic women in the Vietnamese mountains, teaching health awareness, legal rights and the dangers of human trafficking, which is taught and led by the young tribal women themselves.

The 'equality' part is about continuing to achieve better outcomes for women, particularly this year in the workplace and rural jobs on the land.

As the United Nations Women’s website explains; ‘Today, not a single country can claim to have achieved gender equality. Multiple obstacles remain unchanged in law and in culture. As a result, women remain undervalued, they continue to work more, earn less, have fewer choices, and experience multiple forms of violence at home and in public spaces

The Generation Equality campaign demands equal pay, equal sharing of unpaid care and domestic work, an end to sexual harassment and all forms of violence against women and girls, health-care services that respond to their needs, and their equal participation in political life and decision-making in all areas of life.

One example of empowerment is offered by the work of the Vietnam Women’s Union, one of the major organizations in the country. During 2020, part of their goals includes helping women access financial support, credit and developing new products. However, as the projects unfolded it was realized that VWU staff ‘lacked of knowledge of business planning, marketing, financial management, personnel etc’ so major training for the VWU staff greatly improved their ability to aid women in establishing their own businesses and to meet all the financial and legal requirements.

Another promising project from the VWU is a national contest "Creative Women Entrepreneurs - Successful Connection," which aims to link women from poor areas, others with disabilities and ethnic minority women with training, funding and work spaces for new start-up businesses. This is also at production in agricultural and scientific/industrial start-ups which will seek to introduce investors to producers.

One point that did catch my eye during the research for this article was a simple sentence, ‘Teach girls their worth’. I guess at the heart of all these ideas to help women obtain equality is changing their internal concepts of their value to society. All too often women are taught to be obedient and submissive, that they should take second place to men in leadership roles and their ideas, and their creativity and abilities are not as good or important as a man’s.

This can be a real problem in Vietnam as many examples of men unwillingly to deal with the woman of a household or in business occur on a daily basis. Yet if we (all of us) can convince women to stand up more vocally and forcefully (with financial, moral and social support) and fight for their ideas, ambitions and dreams instead of acquiescing to traditional social status, the goals of gender equality can gradually become a part of a new world for all of us.

Promisingly, the expansion of women’s groups leading other women forward towards self-empowerment is growing; for example, female Vietnamese leaders training disaster preparation and planning how to protect their farms from flooding and sudden storms in rural areas.

Other projects include helping rural women access technical training for textile and industrial jobs as more workplaces become automated and the demand for skilled workers increases rapidly, especially in central and southern Vietnam. This is being undertaken by a mix of local and foreign non-government organizations working together.

The Vietnamese Women’s Union continues to push for stronger laws to protect women in the workplace from harassment and discrimination and greater representation by women in decision-making at local and national government committees. Suggested legal improvements to be considered later this year by the National Congress include tougher laws and punishments regarding crimes against women and children and requiring private and state businesses to provide training and up-skilling for workers on low incomes.

The struggle continues but change is happening – slowly, yes – but happening. The time will come within this century for women to show just how powerful and beneficial half of this planet is to the future of our world.