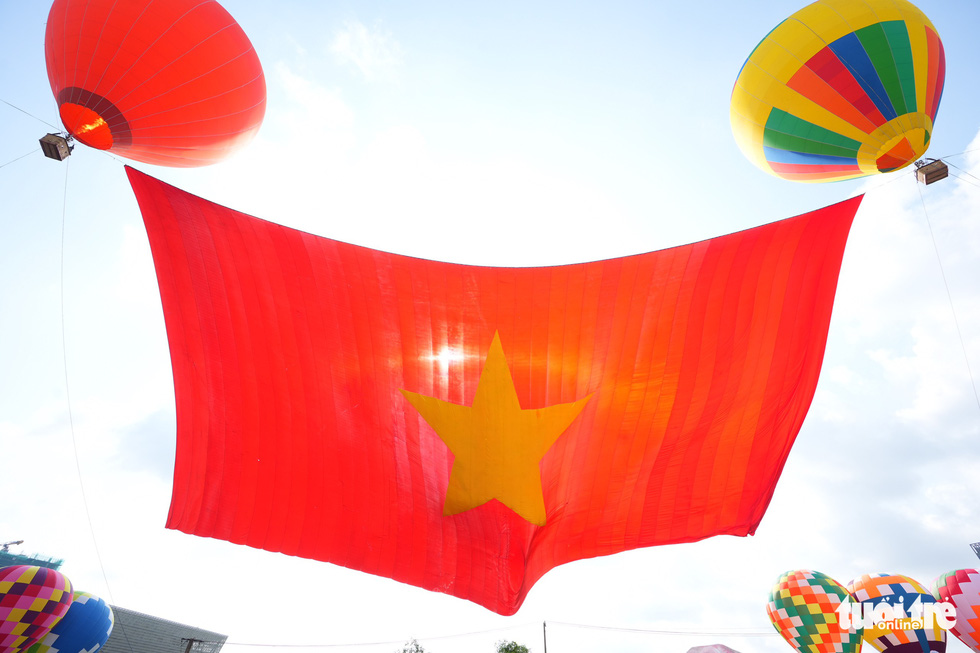 September 2 marks the historic day President Ho Chi Minh declared in a speech in Hanoi Vietnam’s independence from Japan and France. Ngày Quốc Khánh, as it’s called in Vietnamese, was a bold move to make in 1945 as politically a lot was still going on in the background regarding Vietnam’s future.

The speech itself was not just a declaration of independence but also a powerful warning to the French that Vietnam would not tolerate occupation by anyone.

He had identified the wish of most Vietnamese – to be unified as a whole nation –and was able to propel that feeling into a national drive, finally achieved in 1975.

These days, President Ho Chi Minh is regarded as one of the most influential statesmen of the 20th century inspiring many other nations to battle against colonialism.

Every citizen knows this history very well, studied seriously in school and marked in posters and banners. Yet it’s not so serious a time. The majority of the Vietnamese I’ve met over the 14 years I’ve lived here are very happy and proud that they are a unified nation with a bright future ahead.

There are lots of parades, speeches, events, and carnivals running throughout what has now become a four-day holiday (from the 1st until the 4th) centered on the 2nd of September – and fireworks! If you’re a tourist or just an expat with time on your hands, ask the local tourist agents about events in your year.

Although COVID-19 safety measures and restrictions heavily dampened the celebrations last year, you can expect to see lots of people out and about – often on motorbikes waving national flags and being noisy. You would actually find it quite interesting to just take a walk around your local area and see what they are up to. Just as many people stay at home and do the karaoke thing as shuffle in crowds.

For kids, school is starting again so this time also marks one of the last major holidays before Tet (Lunar New Year) around late January 2023. So at least National Day is one more holiday for them! They do get further festivities called the Mid-Autumn Festival in October which is a cross between Western Halloween and the usual local festivals. Be warned, lots of kids are banging drums and wearing dragon costumes so it’ll be really, really noisy!

As usually it’s party time and means food, and lots of it. More significantly, it’s one of the last times in the current year for people to visit their hometowns and friends far from where they work. Like most of these times, it’s catch-up on gossip and local goings-on. Most of my Vietnamese friends joke that holidays are the only time they get any sleep. How they manage that in crowded households with extended families is beyond me!

As I’m writing this, I had to reflect on the idea of ‘independence’ and ‘unity.’ With the war in Ukraine dragging on into winter, that idea of independence is still playing out in many parts of the world. Somewhere in the world, every day, someone is fighting for these ideas. Human society is still far from a peacefully settled existence.

So for these people who already have independence, don’t take it so for granted. It’s a rare thing in a harsh world. Be happy for those celebrating it wherever in the world and try to encourage it for others seeking it as well. Keep in mind that this can also mean independence from discrimination, freedom from inequality in the workplace and society, and creating fairer laws for all.

A good idea? Buy one of those gold and red T-shirts with the national flag and walk around with a smile on your face and the freedom to meet anyone.

These include making noise, littering and honking, just to name a few