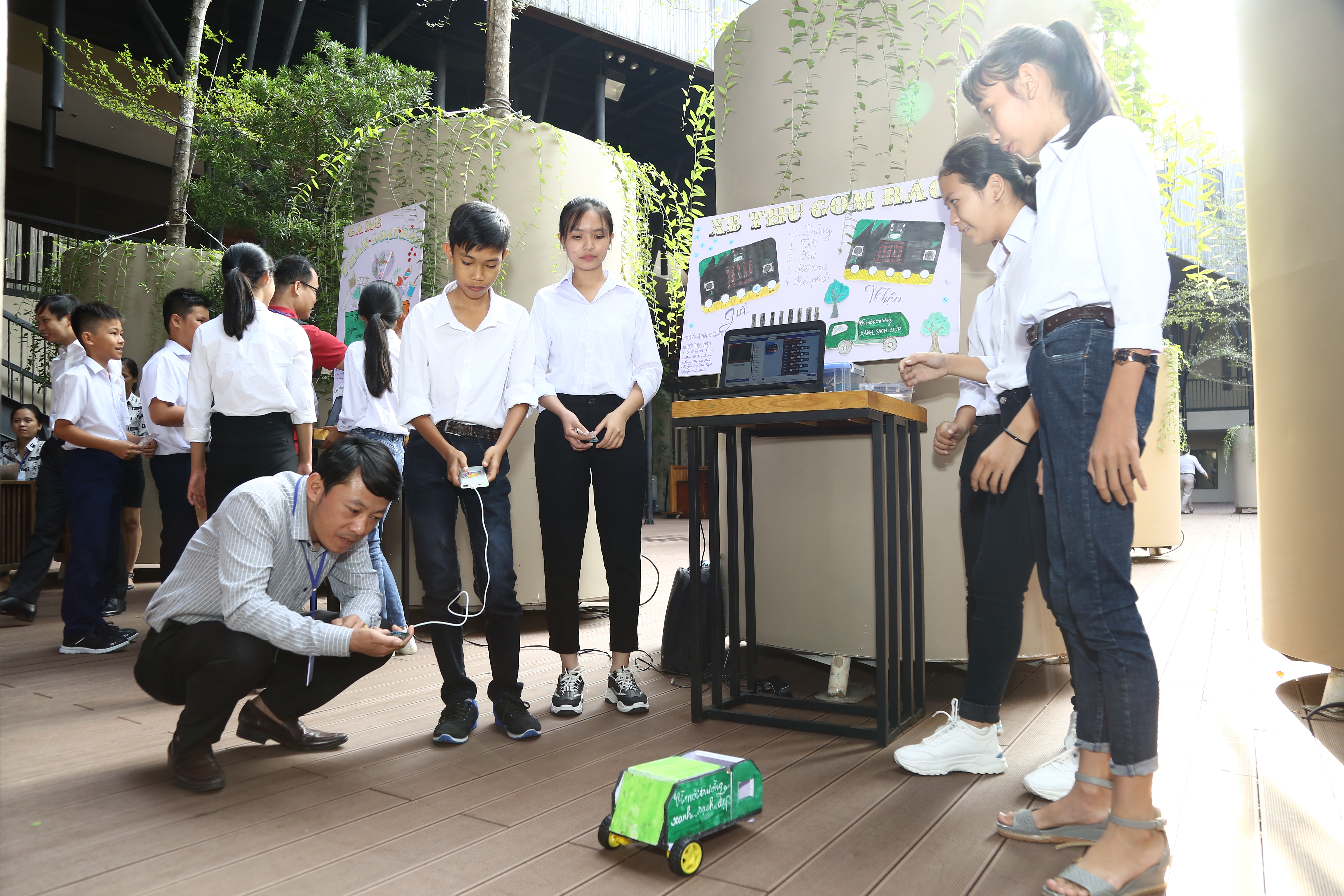 Google, in collaboration with the Swiss-based international non-governmental organization Dariu, has officially launched the second phase of a project to offer gratis lessons in programming to students in Ho Chi Minh City and Vietnam’s remote regions.

Google Asia Pacific Pte. Ltd., a subsidiary of Google, held a ceremony to launch the second phase of the ‘Coding your future with Google’ project in Ho Chi Minh City on Thursday morning.

In the project’s first phase, which ran throughout the 2018-19 school year, nearly 1,300 students and 30 teachers in ten public elementary schools in the southern metropolis and the Mekong Delta provinces of Vinh Long and Tien Giang attended more than 10,000 hours of Scratch programming lessons.

Scratch is a visual programming language that allows users to easily create interesting products by arranging given blocks that contain comprehensible codes.

In its second phase, Google sets out to train 150,000 students and 350 teachers in 300 elementary and middle schools and vocational institutions in 15 cities and provinces across Vietnam, ten times the target of the project’s first phase.

The course of the new phase began in September and is set to run until December 2020.

The program has so far reached out to 80,000 students at 240 schools, including those in ethnic communities, Ha Lam Tu Quynh, director of communications and public relations at Google Asia Pacific, said at the launch ceremony.

Speaking at Thursday’s event, Nguyen Van Hanh, general manager of the Dariu Foundation, emphasized that the project’s ultimate goal is to help children feel that programing is not as complicated as it may sound but can be fun and help develop their critical, logical and creative thinking as well as problem-solving skill.

This ultimate goal has apparently been achieved as Tran Thuy Ngoc Minh, one of the children from Ho Chi Minh City’s Cu Chi District who attended the first phase of the project last year, told attendees at the launch that she no longer thinks that programing is only for computer science majors.

Minh was among 14 students from Tien Giang, Vinh Long, and Ho Chi Minh City who created the ten most outstanding programing products during last year’s project and were on a paid trip to the headquarters of Google Asia Pacific Pte. Ltd. in Singapore after the course.