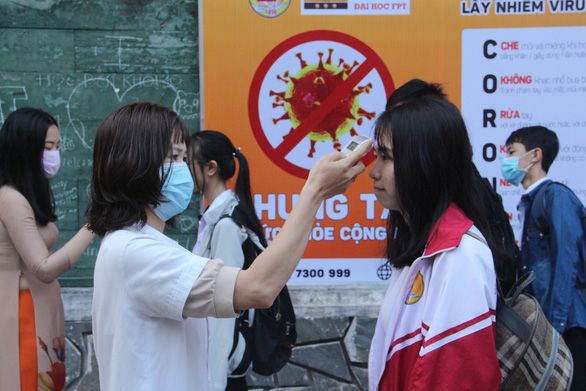 Schools in many parts of Vietnam, including Hanoi, Ho Chi Minh City, and Da Nang, will not restart until at least March 16 as authorities have added another week to the month-long closure in light of new complications of the novel coronavirus disease (COVID-19) epidemic in the Southeast Asian country.

Twelfth graders in Da Nang are asked to stay home from March 9 to March 15, after having returned to school for one week from March 2 to 8.

Students in other grades in the central city, who have enjoyed an uninterrupted school break since the end of the Lunar New Year holiday in early February, will continue to do so through March 15.

In Ho Chi Minh City, authorities have also postponed the back-to-school day of all K-12 students, which was previously scheduled for Monday, to March 16.

The same decision was made for all K-12 students in Hanoi, where Vietnam’s ‘patient No. 17’ lives. At least 12 other COVID-19 cases confirmed over the past few days in the country have been traced to this patient.

The Vietnamese capital’s Department of Education and Training has also partnered with national broadcaster VTV to launch a TV program from Monday giving 12th-grade and ninth-grade students lessons at home as they are poised to take important exams in the summer.

Meanwhile, all kindergartens, elementary, and middle schools will remain closed for an extra week and will resume on March 16 in the provinces of Nghe An, Vinh Long, Tien Giang, Thua Thien-Hue, Dak Lak, Thanh Hoa, and Binh Dinh, as well as in the northern city of Hai Phong.

Hai Phong and the central province of Thua Thien-Hue have mirrored Da Nang in allowing 12th-grade students to stay home for another week after having resumed school between March 2 and 8.

In the Mekong Delta province of Vinh Long, 12th graders, who have resumed their studies for one week since March 2, will continue to go to school.

In the north-central province of Nghe An, high schools will remain open while schools at all other levels are closed until March 16. The only exceptions are Thai Son Commune, located in Do Luong District, and Nam Dan District, where all K-12 students are asked to stay home through March 15.

Students in Vietnam had been scheduled to return to school on February 3 following the Lunar New Year holiday, but the COVID-19 epidemic has caused schools nationwide to repeatedly delay their reopening.

The extended school closure has lasted for more than a month.

COVID-19, a respiratory disease caused by the novel coronavirus that first emerged in the central Chinese city of Wuhan in December 2019, has infected over 109,900 people and killed more than 3,800 globally, according to Ministry of Health statistics.

Vietnam has so far confirmed 30 infections, including 18 Vietnamese, two Chinese nationals, one Vietnamese American, seven British citizens, one Mexican, and one Irish national.

Patient No. 17, a woman, was confirmed on Friday evening after Vietnam had reported no new infection since February 13.

The British, Mexican, and Irish patients together with another Vietnamese patient flew with patient N. 17 from London to Hanoi, while her chauffeur and aunt caught the virus after taking her to the hospital in the Vietnamese capital for testing in a car.

back to school COVID-19 17th patient