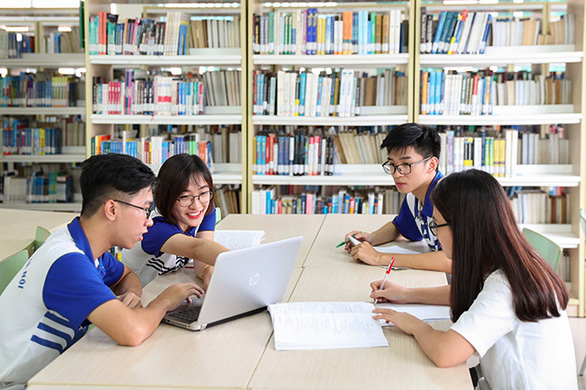 Vietnam National University, Hanoi (VNU-Hanoi) is among the top 1,000 universities in the world, according to the Times Higher Education World University Rankings 2021.

The annual rankings were published on Wednesday following an examination of data from 1,527 universities in 93 countries and regions.

This is the second consecutive year the university has made the list.

Each of the first three criteria accounts for 30 percent of the total score, while the last two make up 2.5 percent and 7.5 percent, respectively.

Compared to the rankings for 2020, VNU-Hanoi made improvement in all five criteria.

It scored 22.4 in the teaching category, up 2.3 percent from last year’s rankings.

Its score in the research category was 9.9, up 8.8 percent year-on-year.

Likewise, the citation metric went up by eight percent to 41.9 points.

Overall, the university’s total score improved to 26.24 points from 24.86 points.

Two other universities in Vietnam, namely VNU-Ho Chi Minh City and the Hanoi University of Science and Technology, were also featured in the list of 1,001+ ranks.

In Asia, China’s Tsinghua University is the top university, taking the 20th place in the table, followed by Peking University — also in China — in the 23rd position and the National University of Singapore in the 25th spot.