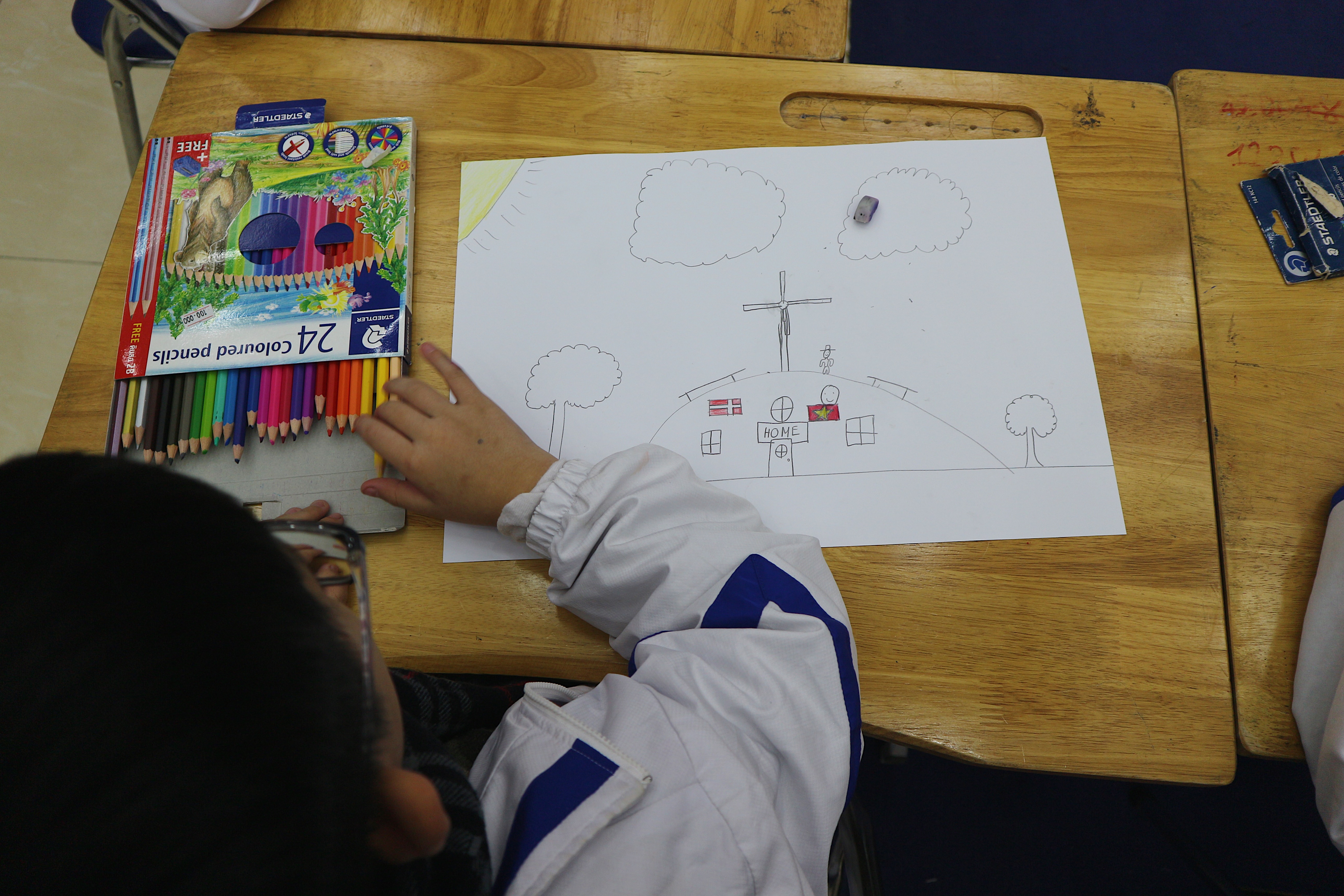 Vietnam can seek sustainable development solutions from its students’ ideas, Louise Holmsgaard, Deputy Head of Mission at the Danish Embassy, said at the launch of the ‘Denmark in Your Eyes 2021 Painting Competition’ on Thursday.

Themed 'Green Living,' the competition is the first event in a series of activities celebrating the 50th anniversary of Vietnam-Denmark diplomatic relations, according to information released at the launch at Nguyen Sieu School in Hanoi.

Green growth, along with a green transition, is one of the top priorities in the two countries’ long-term cooperative efforts.

Impressed by Vietnam’s rapid growth, Holmsgaard explained that, besides economic indicators, the Vietnamese government must pay more attention to its sustainable development initiatives, especially in renewable energy – one of the country’s greatest potentialities.

“This overarching aim has been fully reflected in our cooperation including in the annual Denmark in Your Eyes Competition," said the diplomat.

"The contest will be a platform for the young generation to voice and share their thoughts, concerns, hopes, and ideas on how we together can make our planet a prosperous and sustainable home for the well-being of all, through what could be daily simple and humble deeds.”

Stressing that 2021 marks half a century of the Denmark-Vietnam ties, Holmsgaard expressed her hope that “the friendship between the Vietnamese and Danish peoples will last forever.”

Homsgaard also recommended that the young competitors speak with their friends, teachers, and families about how to live greener and more sustainable lives.

“A lot of people simply put waste into trash bins without an attempt to classify, causing difficulties to the processing step," he said.

"The practice will lead to tons of trash piled up in landfills, or worse, discharged to oceans."

Meanwhile, Luong Trung Hieu, another sixth grader, wanted to deliver a message of renewable energy by drawing a wind turbine beside the national flags of Vietnam and Denmark.

This year’s competition, co-hosted by the Embassy of Denmark and the Vietnam-Denmark Friendship Association, is open to all Vietnamese elementary and middle school students.

The winners will be announced in May.