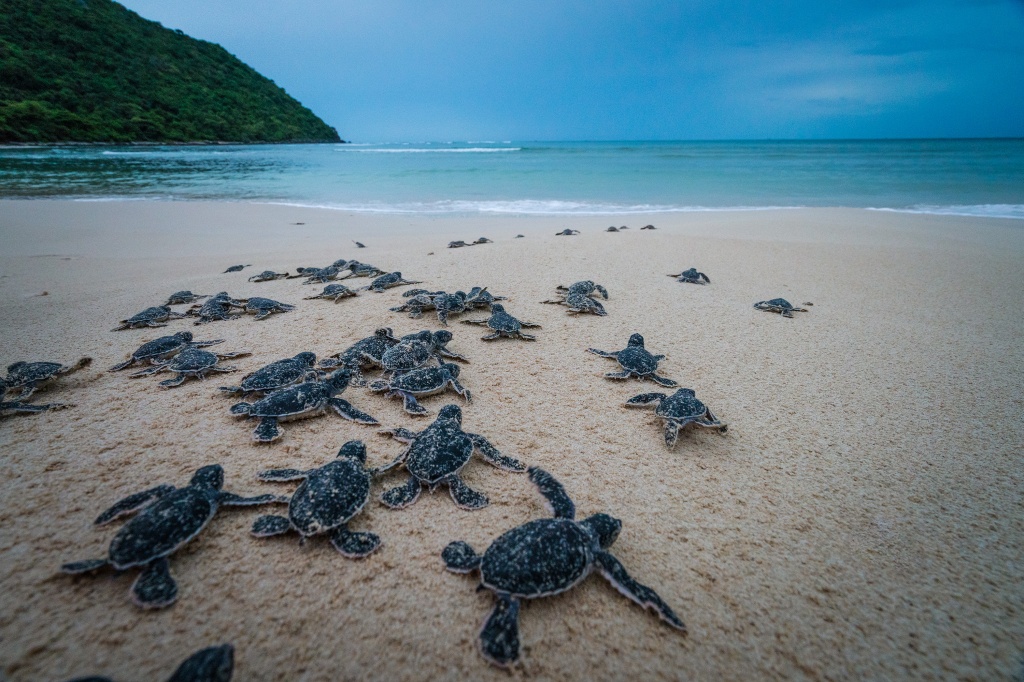 Bay Canh Island is one of the largest islands in the Con Dao archipelago, known for beautiful beaches, in southern Vietnam, but not for tourism.

The lack of tourists isn’t a coincidence.  Bay Canh Island is one of Vietnam’s biggest sea turtle conservations.

During breeding season, from July to October, the conversation’s forest rangers are worked to capacity, day and night, protecting the sea turtle eggs buried across the beach.

After the sea turtles gave birth, forest rangers record their measurement information and attach tags to their fins before moving the eggs to a safe place for incubation.

After 46 to 60 days of incubation, rangers prepare to return the hatched baby turtles to the ocean.

For every 1000 baby turtles, only one will grow to continue the reproductive cycle.

Below are photos by Hoang The Nhiem showing how the turtles are being taken care of.

A forest ranger transfers eggs to a safe place for incubation