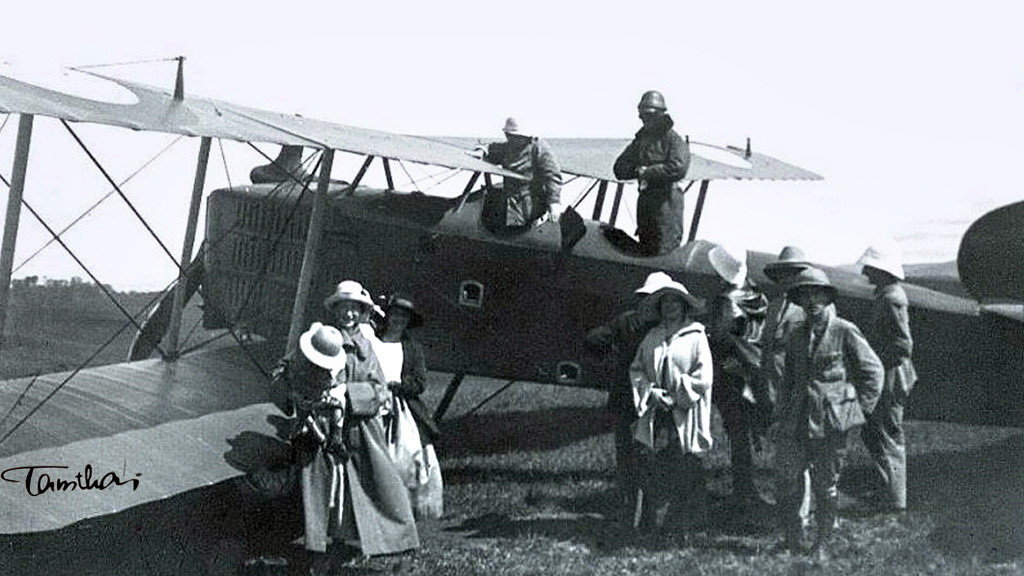 Since the first bricks were laid nearly 100 years ago on what is now known as Tan Son Nhat International Airport in Ho Chi Minh City, the airdrome has borne witness to a war that tore Vietnam apart and the healing process bringing the country back together and closer to the world.

A Boeing 787 Dreamliner wheeled slowly toward the runway at Tan Son Nhat, as its Vietnamese captain announced over the intercom that weather conditions were good for take-off.

The American-made jet is the biggest and most modern amongst the fleet of state-owned Vietnam Airlines, and after a smooth lift-off it was airborne, leaving behind the magnificently lit southern Vietnamese metropolis for the French capital of Paris.

From a 19th-century airship

Seated by the window in the jet’s last row of seats was Nguyen Tran Do, who silently marveled at the jet's freshly scented and spotless cabin.

A Vietnamese-born French national, Do had only just paid his first visit to his birthplace of Ho Chi Minh City in 41 years.

He had arrived on an Airbus 350 and was now leaving on a Boeing 787, both state-of-the-art airplanes signifying the remarkable growth in Vietnam’s aviation industry.

The 80-year-old understands the growth, as he was there to witness the early days of the industry in Vietnam.

When Do applied for a job at Tan Son Nhat Airport, which was then known under its original spelling of Tan Son Nhut, the airport had been operating for just over 20 years, and the ‘Dakota’ C-47 Skytrain propeller-driven aircraft manufactured by U.S. company Douglas were still widely used for both military and civilian transport.

According to the archives of France’s Ministry of the Colonies, now the Ministry of Overseas France, the Vietnamese people were among the earliest to witness flight as a means of transportation.

In 1791, while the country was being torn apart by a bloody civil war between the Nguyen dynasty and the Tay Son peasant rebellions, a zeppelin style airship from the West had roamed the skies above Saigon-Ben Nghe City, now the downtown area of Ho Chi Minh City.

The man who launched the airship was none other than Pigneau de Béhaine, a French Catholic priest who assisted Nguyen Anh, later to take the throne as Emperor Gia Long, to establish the Nguyen dynasty in Vietnam.

In 1793, in a battle to reclaim the central Quy Nhon city, a French marine officer suggested using the airship to deploy combustibles over the city and set it on fire, but the proposal was rejected by Nguyen Anh given the amount of civilian collateral damage it would cause.

“The Vietnamese man refused to employ such destructive firepower against his fellow people, but it was not the case for the French,” historian Nguyen Dinh Tu said. “They had no hesitation in deploying airborne weapons to assist their invasion of Vietnam.”

On April 12, 1884, French army captain Aron flew another military airship over Hung Hoa City, now part of northern Vietnam’s Phu Tho Province, at a height of 300 meters to give directions to his artillerymen to attack the city’s fort, which played a large part in overpowering the Vietnamese soldiers.

The Vietnamese people had thus witnessed the marvel of human ingenuity, though it was at the expense of their liberty and independence.

A plane flown by Vietnamese Emperor Bao Dai lands at Tan Son Nhat Airport after a hunting trip in this file photo.

To the first airplane

According to historian Nguyen Dinh Tu, the first-ever flight made across French Indochina and the Far East landed in Saigon on the morning of December 10, 1910.

The maiden flight was made on a Henry Farman 1909 biplane flown by French pilot Van Den Borg, who circled the Saigonese sky a few times to entertain amazed onlookers before touching down on a nearby horse race track.

The historic event was attended by the French Lieutenant Governor of Cochinchina, and was an instant headliner for the Parisian daily newspapers at the time.

In a memoir passed on by Do’s grandfather Nguyen Tran Cu who witnessed first-hand the landing of Vietnam’s first-ever flight, the literature teacher said city residents had been informed in advance about ‘an unprecedented event to occur in the sky.’

“The people were invited to gather at the horse track to witness an iron flying bird powered by front-facing pinwheels,” Cu’s memoir reads. “Men froze with amazement, while women and children screamed out of fear.”

“Never in their lives had they seen a bird with such a huge body and thunderous roar as the iron flying machine in front of their very eyes,” Cu said, describing the reaction of locals who saw the airplane. “The funny thing was that some wealthy people from Cho Lon City [now part of Ho Chi Minh City] came up and asked to buy the iron bird, despite the fact that they had never seen one before, let alone know how to fly the thing.”