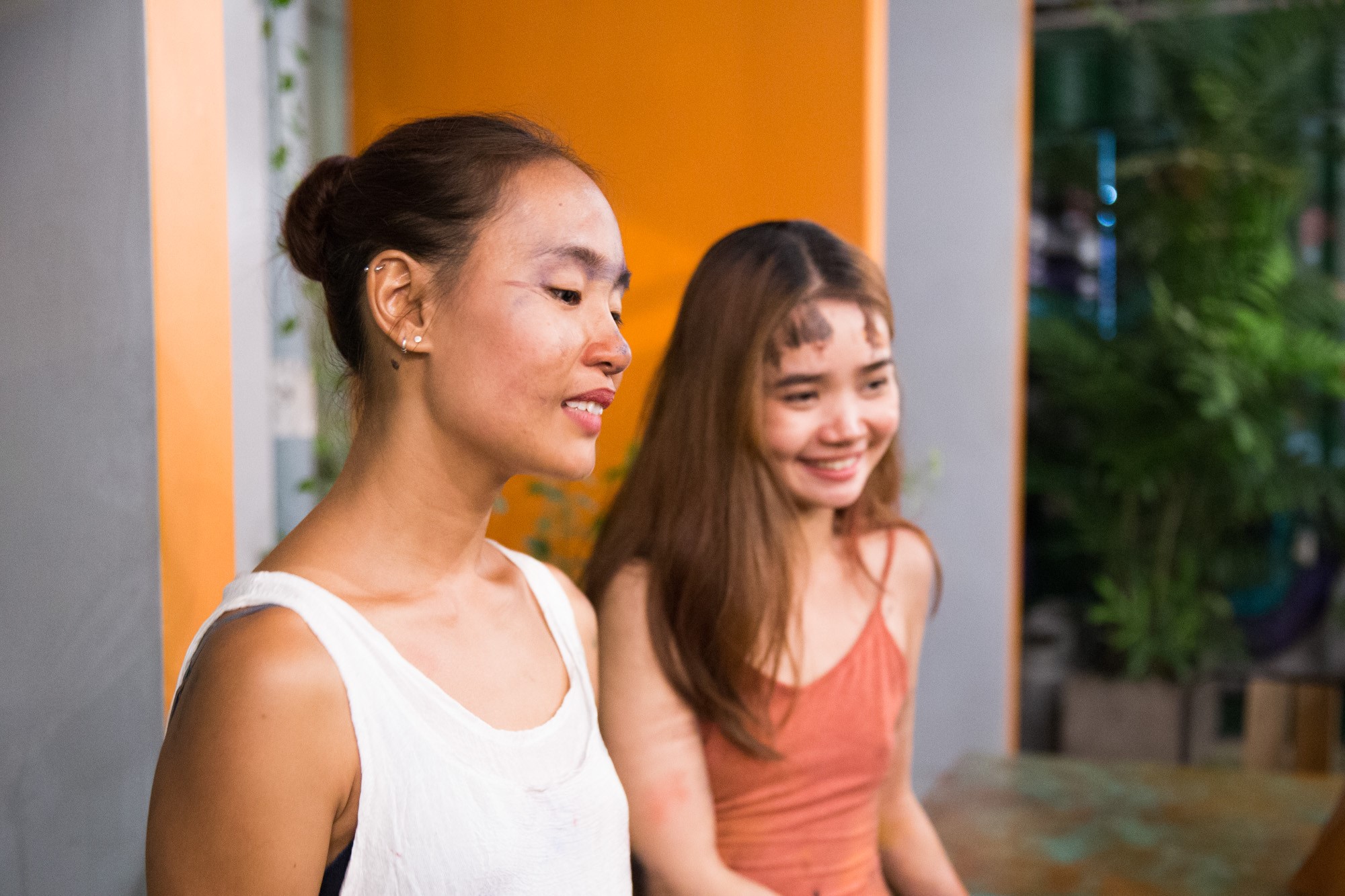 Nguyen Thanh Trang believes the power of art is a major key to spreading awareness of mental health issues in Vietnam.

Through her non-profit Wintercearig project, the 26-year-old woman has spent the past two years helping other cope with mental illness through a series of exhibitions and workshops aimed at supporting those who feel like they have nowhere else to turn.

A troubling return to Vietnam

Trang’s first personal encounter with mental illness began when she was sent across the world to a boarding school in England at just nine years old.

Growing up far from home is never easy, but when she finally returned to Vietnam ten years later, she arrived home to a country she barely knew and a mother who had reached the end of her battle against cancer.

The difficulties in her personal life only became amplified as pressure from her pursuit of a career in professional dance began to mount.

She sought help from therapists and wound up being diagnosed with depression and post-traumatic stress disorder (PTSD).

Doctors prescribed medication and counseling to help her cope with the pain, but neither had much effect.

“I feel that dancing was the only way to help myself out of it,” Trang told Tuoi Tre (Youth) newspaper in a 2017 interview.

“It frees me from being scared and angry at myself for letting it affect me the way it does.”

As the idea of art being used as a medium to help free people’s minds from mental distress began to grow in her, Trang started brainstorming ways she could use her own art to help other Vietnamese with mental health issues.

Those thoughts led to the creation of her Wintercearig Project – an initiative Trang, then 26, started in 2017 which focuses on both science and art as tools to educate, inform, and guide people struggling with metal health.

“[Wintercearig] is a series of artistic creations meant to help raise awareness of mental health in Vietnam through contemporary art as well as inform and support the local community with workshops and discussions,” she explained.

Developing the project from the ground up was no easy task.

Trang’s focus was on creating a diverse plan that would allow the initiative to grow through collaboration with a number of local artists.

“Back then, it was still a very small project, but I learned a lot,” Trang said.

Now in its second year, the project has grown to include a series of exhibitions featuring visualizations, movements, and workshops.

People from all walks of life are welcome to participate alone or alongside their friends, family, and colleagues.

“I want to create a space where they, themselves, feel safe enough to come and share and express their feelings [if they want to], not feeling like they have to,” Trang said.

Four six-month art courses have so far been held for high school and college students since the Wintercearig project first launched two years ago.

According to Trang, studies and family expectations are a major contributing factor to the mental issues experienced by many high school and college students.

Over 100 applications were received for the 12-15 spaces in each course and acceptance was based on a depression rating scale published by Oxford University.

In September 2017, Wintercearig debuted at the Factory Contemporary Arts Center in District 2, Ho Chi Minh City, with performances on anxiety and depression, as well as art and dance workshops.

To the founder’s surprise, hundreds of people showed up to the inaugural events.

The second installment of the Wintercearig project, a collective dance performance accompanied by artwork and installations produced by local artists, took place at the Ho Chi Minh City Museum of Fine Arts in October 2018.

Most recently, Wintercearig debuted ‘The Clearing’ –  an exhibition featuring works by participants in the project’s workshops over the past six months as well as children who participated in ‘Kite Against Wind’ – a project which aims to support underprivileged youth.

The exhibition ran at the Ho Chi Minh Exhibition Center in District 1 from November 29 to December 6, 2019.

Trang hopes that the Wintercearig project will help spread public awareness of the necessity of mental health support and education in Vietnam, while creating a safe space for people to open up about their emotions and feelings.

The overall aim of the project is to reduce the stigma around mental health and to educate the community on what can be done to support, understand, and help those experiencing difficult times.

Trang particularly stresses the importance of creating a welcoming environment.

“Spread the word so that together we can improve the current mental health situation here in Vietnam,” she said.