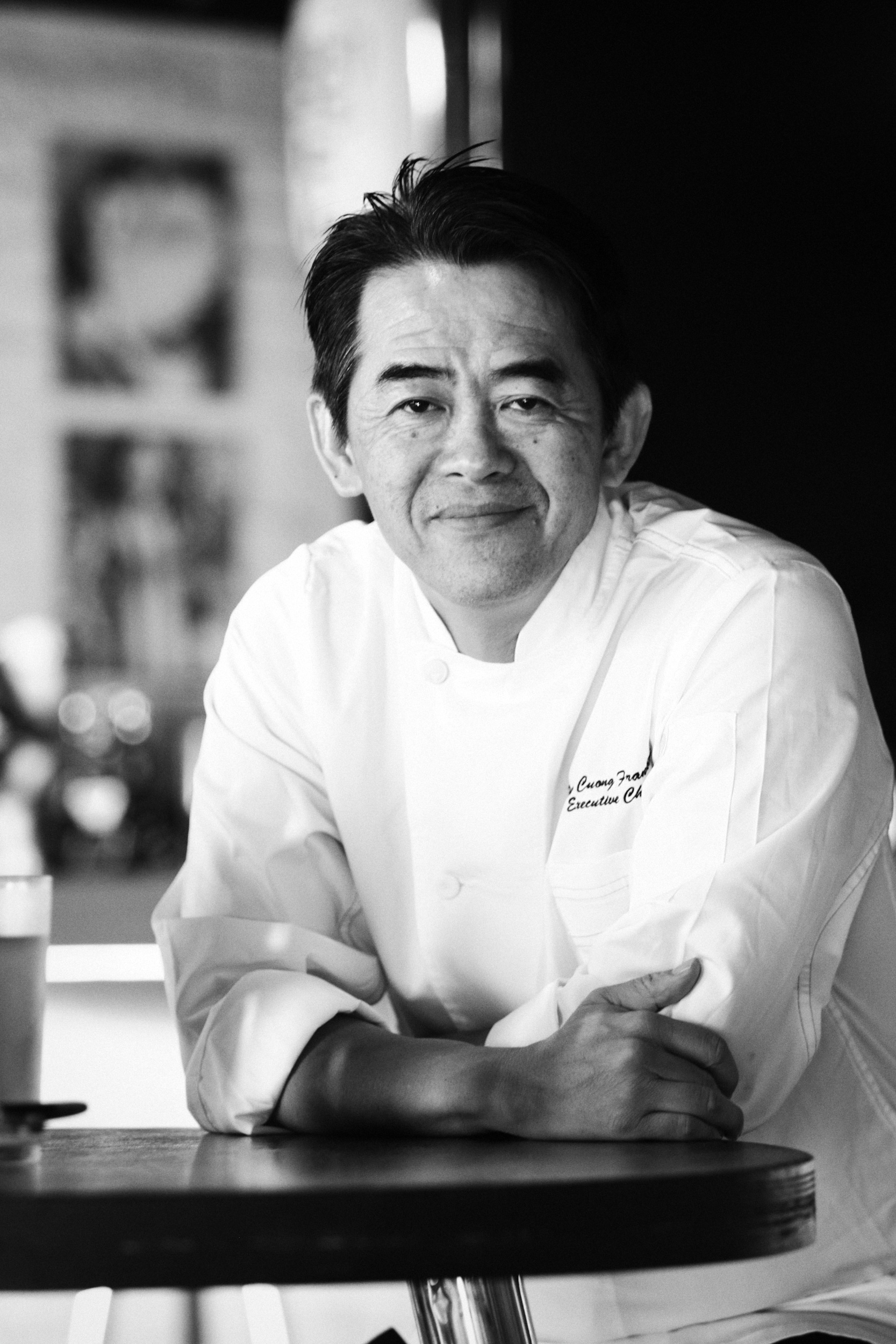 Anan Saigon has spent its past three years in Ho Chi Minh City drawing in urban foodies eager to find out for themselves what a US$100 banh mi really tastes like.

Though banh mi, a Vietnamese baguette stuffed with pate, cold cuts, or eggs, can be found on the food carts lining nearly every street in Ho Chi Minh City for less than a dollar, Anan Saigon and its head chef Peter Cuong Franklin are offering a pricey take on the traditional street snack.

Located in Cho Cu (Old Market), a wet market on Ton That Dam Street in downtown District 1, the restaurant ranks just 75th among 4,083 restaurants in the city on TripAdvisor, but foodies are still flocking to the place to try out its expensive treats.

“People ask me if I put gold dust or gold bars inside the banh mi,” chef Franklin told Tuoi Tre News with a smile.

But for a foodie, what chef Franklin puts inside his banh mi is not so far off.

Truffle mayonnaise, foie gras, and caviar are just a few of the pricey additions Franklin tops off the signature pork chop he uses in his banh mi.

The $100 sandwich is then topped off with a traditional garnish of sliced cucumbers, cilantro, and mint alongside a side of fried sweet potatoes and caviar.

The $100 banh mi is not the only twist on traditional Vietnamese cuisine Franklin has added to Anan’s menu.

Alongside the conventional sandwich, diners can try out a $100 bowl of pho, a Vietnamese beef noodle soup that typically costs less than VND100,000 ($4.30) in Saigon -- the former name of Ho Chi Minh City stll popularly used now.

“When it comes to Vietnamese food, foreigners have always thought of pho and banh mi as the two iconic dishes of Vietnamese cuisine,” Franklin said.

“But they have always thought of them as cheap dishes, and that’s the common attitude of many towards Vietnamese foods.

"I want to change that perspective.”

Franklin’s goal with his high-class take on traditional dishes is to incorporate high-quality ingredients and modern cooking techniques, while maintaining the integrity, freshness, and harmony of the tastes that made them iconic in the first place.

“We want to stimulate curiosity and help people realize that Vietnamese cuisine is not just about inexpensive street food but also creative cuisine and fine dining,” chef Franklin insisted.

The expensive pho and banh mi are actually not on the restaurant’s menu and eager foodies must call ahead and order the dishes in advance.

The dishes are made to Franklin’s 'ambition' of elevating Vietnamese street foods into fine dining.

“Customers at Japanese and Italian restaurants are willing to pay VND150,000-200,000 [$6-8] for a bowl of ramen or plate of pasta, but not everyone is happy to pay the same price for a bowl of pho? Why?” Franklin asked.

“Pho is more complicated to cook and requires more time and effort.

“Chef Peter’s creative new Vietnamese cuisine reflects his vision of a Vietnam that is deeply respectful of its history and traditions yet progressive and international in its outlook,” Anan Saigon proclaims on its website.

Born in the Central Highlands city of Da Lat, Peter Cuong Franklin spent his childhood enveloped by the smells and flavors of his mother’s noodle shop – smells and flavors he now claims as inspiration thanks to his mother being “one of the best cooks in the village” due to her famous Quang noodles, cha lua (Vietnamese pork sausage) and nem nuong (grilled meatloaf).

Moving to the U.S. as a teenager in 1975, Franklin had a successful career in banking before eventually deciding to follow his love and passion for food.

He enrolled in Le Cordon Bleu before going on to run two Vietnamese restaurants in Hong Kong and Anan Saigon later.

When asked why he returned to Vietnam and run a restaurant, Franklin’s reply was simple: “I’m Vietnamese."

“I opened Anan Saigon about three years ago with the aspiration to create a new style of Vietnamese cuisine in my motherland,” chef Franklin explained.

“Some people call it ‘fusion’ but I prefer to call this style of cooking New Vietnamese.”

“Anan Saigon incorporates many global influences and yet respects the deep history and traditions of Vietnam,” he said.

Other dishes that have helped the restaurant gain a reputation among local and international foodies include its banh xeo taco – a dish consisting of a central Vietnamese region-style banh xeo (Vietnamese pancake) folded into the shape of a Mexican taco and filled with shrimp and pork, cha ca Ha Noi (Hanoi-style grilled fish), or beef stew.

According to Franklin, it took six months before he was able to successfully shape banh xeo into a taco.

His mission is “to revisit Vietnamese cuisine and look at our food from a new and modern perspective,” he said, adding that his inspiration is drawn from every corner of his life, like the bowl of bun oc (snail noodles) he ate in the Old Market which inspired Escargot Da Lat pizza.

“My goal is to create food that is not only up-to-date, but also has a history, a story, and reference points in traditional techniques and local ingredients," he shared.

"I want to learn as much as possible from the traditional food culture and then search for new and innovative ways to modernize humble dishes to gourmet levels using quality ingredients and modern cooking techniques, all while retaining the spirit and flavor of Vietnamese cuisine."

To sum it up, Franklin’s cooking is all about his roots.

“I have lived in Hong Kong, London, New York and other cities in the world, but I was born and raised in Da Lat so I consider myself Vietnamese and Vietnam as my homeland,” he said.

“That is why I believe that the food that I cook and create is Vietnamese.

"Most of the ingredients we use come from this land and are prepared and served by Vietnamese people.”

Vietnamese cuisine is now famous throughout the world. Our food is light, healthy and delicious.

I often tell my staff that we are not just a restaurant, we are representing Vietnam.

When diners come here, it can be the first or the last night they are in Vietnam, so what they will remember are the foods we serve them.

How bad or good their impression of Vietnam is lies in these dishes.