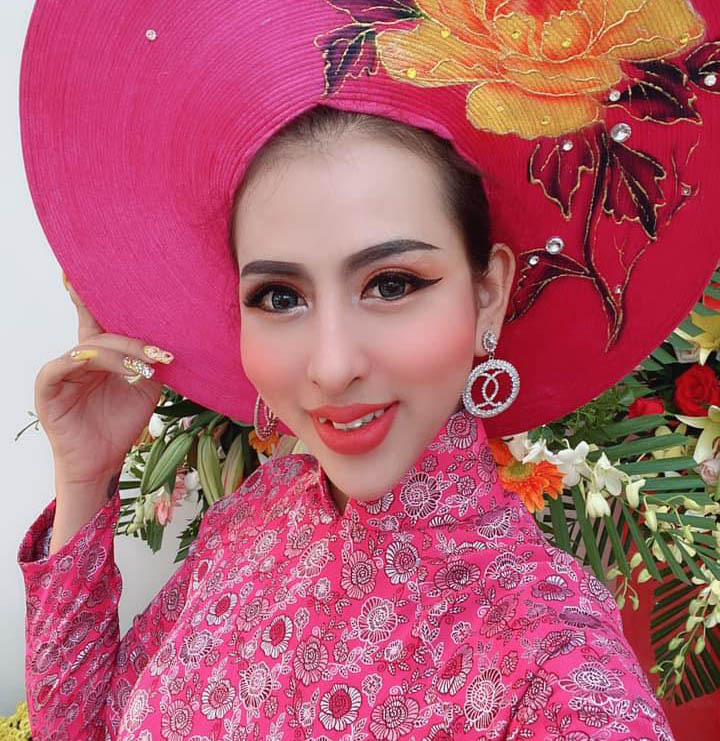 Vietnamese female singer Khanh Du is the youngest child in the family. Born in a male body, Du’s female identity was rejected by her mother and sister at first, but they later came to terms with it.

“For more than two decades, I have lived with the wrong self. Now I am happier than ever,” said Du.

Born and raised in Long An Province in southern Vietnam, Du was once a self-reserved and inhibited boy, but she soon realized that boys' clothes were not meant for her.

Her middle sister knew this secret very early on, and she was supportive of her, lending her dresses and helping her sneak out to girls’ parties.

As a middle school student, Du dreamt of singing at wedding parties like transgender ladies around her neighborhood.

She once joined them and was badly punished by her mother.

Her eldest sister was also brutally disapproving, beating her up once for the same reason.

“I was singing onstage one day when I suddenly saw my eldest sister right at the door,” Du recounted.

“I got so scared I dropped the mic and ran away.”

According to her, other people did not understand her joy in singing. They believed she was under the influence of other transgender singers.

When Du was 14 years old, she had a date with a transgender girlfriend.

As the hour approached, she sat still in the attic, in her lovely dress, wearing make-up and a wig.

The moment her parents were not looking, the teenage girl dashed out the gate.

“My parents saw that. Perhaps they pitied me so they never forbade me from wearing girls' clothes again,” she added.

From that moment forward, Du could freely indulge in her new lifestyle. Her mother turned out to be her biggest supporter.

“She told me not to wear wigs anymore as who knew if the wigs had come from a living or dead person,” Du said.

Her mother had part of her long hair removed and attached to Du’s, sending her on the first step to being a true woman.

A day worth dying for

In her many years as a singer, Du was often subject to body shaming. People were calling her names and making fun of her appearance.

“Sometimes it hurt so badly I just quit singing for the day,” she recalled.

One of the hard parts of her job was attire changing. Aware of the nasty comments people made, the singer always found the safest place before she undressed.

She became determined to get a transgender surgery.

With help from her lover and a transgender colleague in Long An Province, she raised enough funds for a gender reassignment surgery in Thailand in September 2019.

But she did not carefully review all of the possible risks of such an operation.

“I’ve seen many others do this surgery in Thailand. They all made it, so I just got the money and signed myself up,” she explained. “I accepted all the risks.”

Du was filled with a trembling fear as she entered the surgery room.

Dr. Thep Vechavisit was in charge of her case. During the routine pre-operation check-up of her genitalia, Du felt inhibited.

“I have been that way since I was a child. I have allowed no one to see my body.”

She once told her mother, “If I die an incomplete girl, please do not let anybody else but you clean my corpse.”

Waking up once anesthesia wore off following a five-hour operation, Du sat up despite the nurse insisting otherwise.

“I tried to pull the cover out to sneak a peek, but it was fully wrapped in bandages,” she said.

“But I could feel that I was already a girl. I told myself that everything was done, then dozed off in a beautiful dream of myself as a true lady.”

The first postoperative three days was torturing. Du found herself in pain whenever she moved her body.

Her back and legs were painful.

“It hurt so badly I even asked the doctor for euthanasia. I thought dying would relieve me of all this pain,” she added.

“I even wished I had had enough strength to jump off the balcony.”

However, she stressed that such pain was her own experience. Not everybody who undergoes this operation has the same pain.

After 21 days in Thailand for proper monitoring, she returned to Vietnam and the rest of her life in a body that fits how she feels.