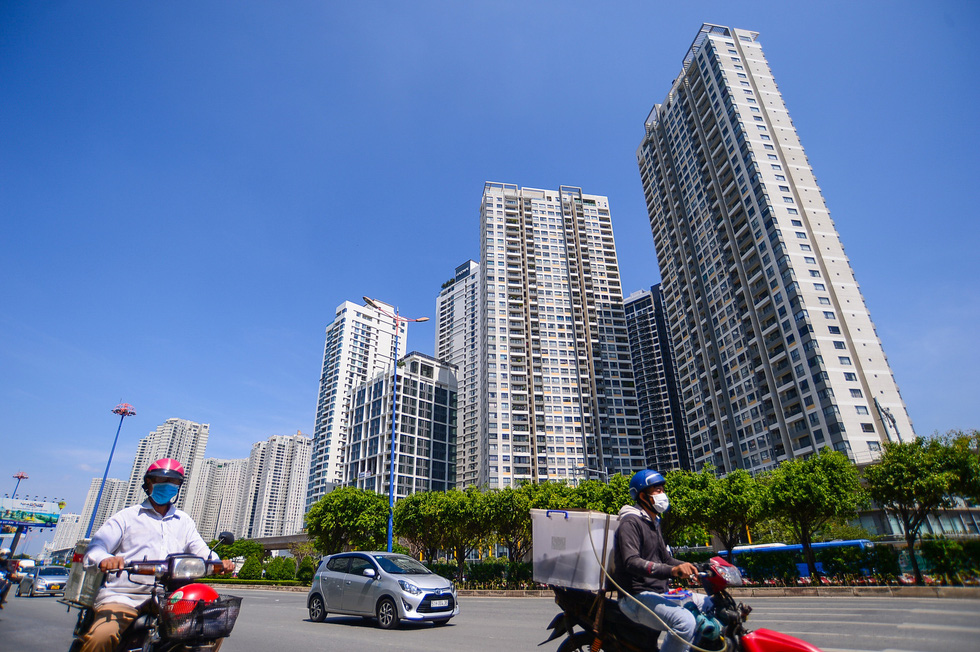 Ho Chi Minh City has seen a nominal number of new affordable housing projects in the past five years, which has greatly frustrated the road to homeownership of the city’s up-and-coming young workforce.

As per Vietnamese law, social housing is put under strict regulations, where hopeful buyers must meet a score of criteria to become eligible for purchase.

Members of the general public are resting their best hopes on privately-developed affordable housing projects, yet the category is finding itself in a tight corner of the market, catching little interest from developers.

After the housing bust that haunted the domestic market from 2009 to 2013, Ho Chi Minh City and the surrounding locales observed a surge of housing projects from low- to mid-tier range, as 78 percent of the new housing projects in the area in 2017 were classified as B- or C-tier, according to a report from the real estate firm DKRA.

As per Vietnam’s Circular 31/2016, qualified apartment buildings are ranked in three tiers, with A signifies the highest standard, B the midpoint, and C the lowest possible, often associated with affordable housing projects.

However, in their report on the Ho Chi Minh City housing market in the third quarter of 2018, DKRA pointed out that supply of new C-tier apartments shrank to two percent.

By 2020, these numbers had almost gone to zero, while new high-priced units had dominated the market with 69 percent, the consulting firm said.

Meanwhile, the cost for the supposedly affordable housing units is rising over the typical workers’ heads, with the rate for an average C-tier unit going from VND16 million (US$700) per square meter to more than double that figure last year, which means a 15-20 percent increase per annum.

In the first three months of 2021, high- and mid-priced apartments were still seen taking over the market, while supply of affordable units remained scarce.

A recent research of the Ho Chi Minh City Real Estate Association also confirmed the dominance of high-end housing projects, which covered 70 percent of the market, while mid-tier developments accounted for 25 percent.

Meanwhile, affordable housing only makes up one percent, or 163 projects, out of all housing projects in Ho Chi Minh City and surrounding areas that called for investments in 2020.

This proves an indication of the imbalanced development of the local real estate sector, which bodes a dubious future of unsustainability.

The great hunt for homes

For the time being, the interest rate for private home loans, with no favorable conditions applied, floats at 10-11 percent per year.

In case of a future hike in interest rates, the total interest to be paid in 10 years could easily equate, even surpassing the initial loan amount.

Duc Minh, a father in Tan Phu District of Ho Chi Minh City, said a loan like above would require the combined income of his and his wife's to reach at least VND30 million ($1,308) per month, as he still has to pay for food, schooling bills for his children, as well as saving for unexpected events.

“This is why we’ve been on the fence [about taking out the loan,] while the housing price is still skyrocketing,’ he said.

According to Minh, an apartment of 60 square meters in the outlying districts of Ho Chi Minh City would cost at least VND2 billion ($86,664), which is totally out of his financial capacity at this moment.

Khoi, a resident of Thu Duc City under Ho Chi Minh City, said he is scrambling to find an apartment in suburban districts with his budget of VND1.5 billion ($65,000).

“I feel like entering an unfair race between homebuyers and the market price. The rate always rises two or three times faster than I can save,” he stated.

Khoi attributed the phenomenon to the swing investors, who cram sales opening events of housing projects to buy and pump the price up, which will drive people with actual demands to find a place to leave the game.

Last year's skyrocketing cost of housing in Ho Chi Minh City can be accredited to developers’ choice to create supply scarcity, as well as a high demand for housing as investment property, which took up as much as 70-80 percent of units in new apartment projects.

On top of that, accompanying fees for land and legal procedures have pushed up real estate prices in the southern city, said Su Ngoc Khuong, senior director of investment at the real estate firm Savills.

Over the past three years, a real estate upswing in the southern metropolis has been recorded every year after the Lunar New Year holiday, which usually takes place in late January or early February.

"Real estate brokers are complaining as they have been facing struggles to sell for months."

Regarding the recent real estate fevers, Lam pointed out that they all stem from insider reports of new master plans for development, which could drive prices of local land through the roof.

However, these information sources are usually manipulated by a powerful few, who seek to profit from the market mania on which they have the upper hand.

Lam also pointed out growth in idle money among Ho Chi Minh City citizens, as well as high hopes among speculators for the real estate market in a period of economic recovery, as reasons for the housing boom.

17 hours ago
Features the expat files