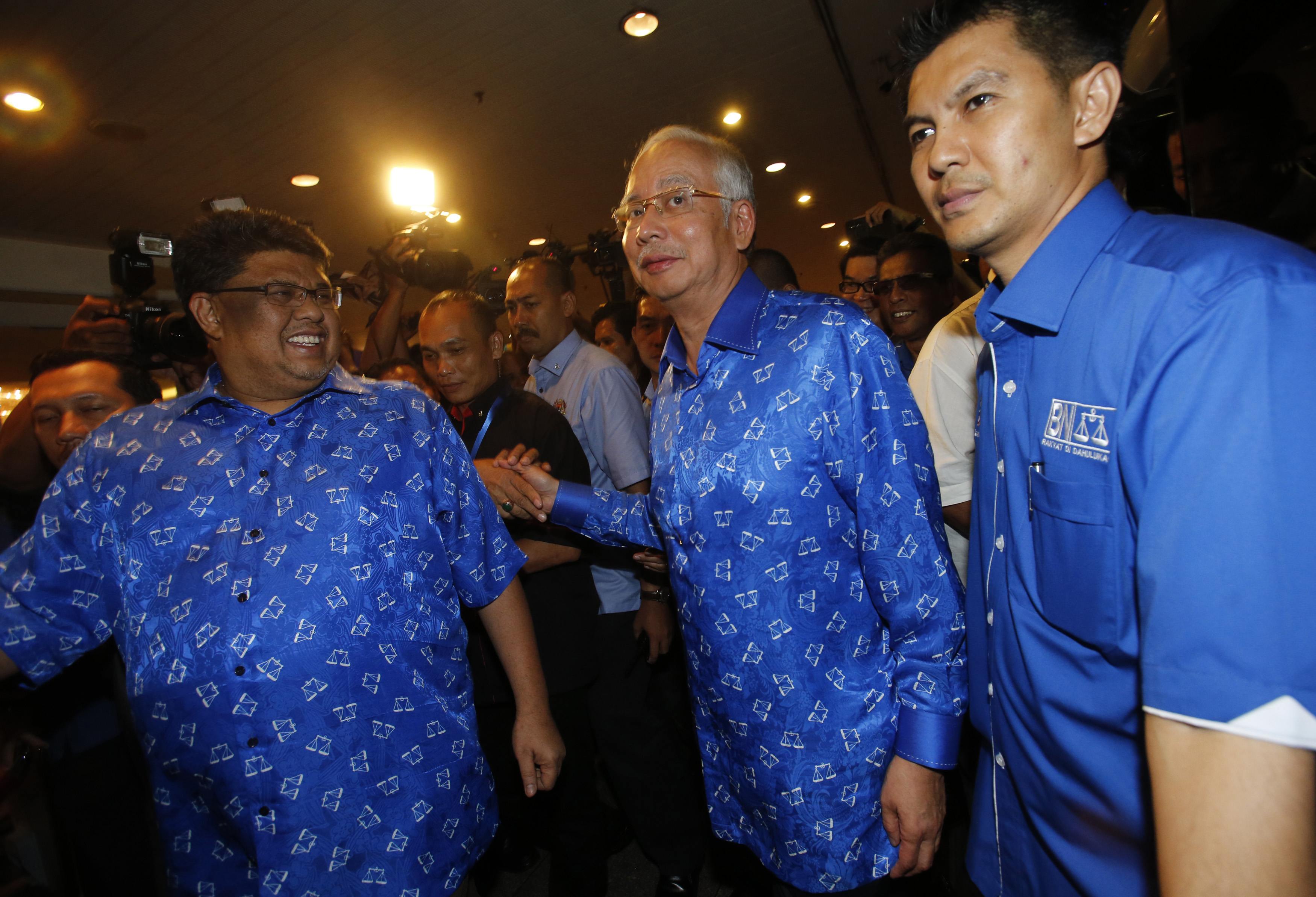 KUALA LUMPUR – Malaysia's ruling coalition retained its 56-year hold on power in hard-fought elections Sunday, but a bitter opposition leader Anwar Ibrahim said the polls were tainted by fraud and refused to concede.

But he became the first leader of the regime, which has controlled Malaysia since independence in 1957, to win with a minority of the popular vote.

Najib, 59, called for a spirit of "reconciliation" but rejected any challenge to the outcome of the polls, marked by record voter turnout and a fierce campaign that laid bare deep polarisation in the country.

"This is the decision of the people," he told cheering supporters in the capital Kuala Lumpur.

But Anwar was in no mood to concede after the hopes of his three-party Pakatan Rakyat (People's Pact) alliance were dashed by a tide of late results in favor of the ruling coalition that Anwar calls corrupt and oppressive.

"It is an election that we consider fraudulent and the EC (Election Commission) has failed," an exhausted-looking Anwar told reporters.

The opposition ended with 89 seats, an increase of 14, largely at the expense of non-aligned candidates.

Voters took to the Internet on Sunday in droves to accuse Barisan and the EC of trying to steal the election, as indelible ink that Najib touted as a guarantee against voter fraud was found to easily wash off.

Anwar had earlier alleged a scheme to fly tens of thousands of "dubious" and possibly foreign voters to sway the outcome in key constituencies.

Opposition officials said Pakatan would explore legal avenues over such allegations, but it was believed to have no recourse to block the results.

Najib was believed to be facing a possible leadership challenge within his ruling United Malays National Organisation (UMNO), Barisan's dominant force, if he failed to regain seats lost to Pakatan in 2008 polls.

But while he failed to do so, Barisan basically held firm, and even gained back one of four states held by the opposition. Malaysia has 13 states.

"Najib is secure for at least another term," said James Chin, a research fellow with Singapore's Institute of Southeast Asian Studies.

He had called on voters to give him a mandate to pursue a reform agenda.

Election authorities said a record 80 percent of the multi-ethnic country's 13 million registered voters – or more than 10 million people – had turned out Sunday.

Barisan's clear majority come on just 49 percent of the vote, according to tallies by independent online media.

Critics say Barisan's gerrymandering, and tinkering with seat apportionment, have allowed it to win greater seat numbers than are reflected in the popular vote.

Sunday's outcome raised the spectre of an end to the remarkable career of the charismatic Anwar. Now 65, he vowed earlier to step aside as opposition leader if Pakatan failed to unseat the government.

Anwar was Barisan's deputy premier until his ouster in a 1998 power struggle with then-premier Mahathir Mohamad and jailing for six years on sex charges widely viewed as trumped up, events that deeply polarised Malaysian politics.