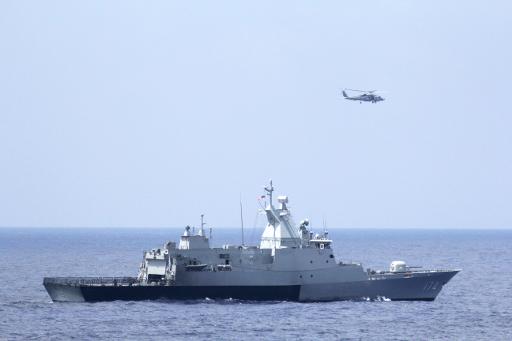 Kuala Lumpur — The needle-in-a-haystack hunt for a missing Malaysian airliner spread to the vast Indian Ocean Friday after the White House cited "new information" that it might have flown for hours after vanishing nearly seven days ago.

Multiple US media reports, citing US officials, said the Malaysia Airlines Boeing 777's communication system continued to "ping" a satellite for a number of hours after it disappeared off radar with 239 people aboard, en route from Kuala Lumpur to Beijing.

"It's my understanding that based on some new information that's not necessarily conclusive, but new information, an additional search area may be opened in the Indian Ocean," White House spokesman Jay Carney said.

"We are consulting with international partners about the appropriate assets to deploy."

The US Navy ordered a ship and a P-8 Poseidon surveillance plane to the Indian Ocean to join another plane already aiding the search effort, one official told AFP, after India said it was also deploying assets to the remote Andaman and Nicobar Islands.

"The USS Kidd is transiting the Strait of Malacca en route to the Indian Ocean," the US navy official said, referring to a guided-missile destroyer initially deployed to the Gulf of Thailand on the other side of Malaysia's coast.

Malaysia's government is aware of the US media reports and White House statement and is looking into the matter, a spokesman for the country's search response effort told AFP on Friday, declining further comment.

The focus in the jet search has see-sawed between an initial hunt in the East Sea and adjacent Gulf of Thailand, over which radar contact with the plane ended, to the Malacca Strait -- the entry point for the Andaman Sea and Indian Ocean beyond.

Malaysia's government has called the search "unprecedented" in the annals of modern aviation history, covering a mind-boggling stretch of sea after flight MH370 vanished early Saturday with no indication of distress.

Moving into the Indian Ocean is like going "from a chessboard to a football field", Commander William Marks of the US 7th Fleet told CNN.

"It's a completely new game... Now we have to come up with a new strategy, new tactics," he said, while insisting that the search remained coordinated with the Malaysian authorities and that the US Navy was "not out here freelancing".

The Boeing 777 has one of the best safety records of any jet, and authorities have struggled to find any indication what went wrong, keeping alive a host of theories that include a mid-air explosion, terrorist act, catastrophic technical failure or rogue missile strike.

Adding to the anguish of relatives -- most of whom are Chinese -- has been a succession of false leads, mixed signals, and miscommunication between the various countries involved in the hunt.

Malaysia on Thursday denied that Chinese satellite imagery had picked up wreckage in the East Sea, and also refuted a Wall Street Journal report that the plane's Rolls-Royce engines continued to transmit data for four hours after the last radar contact.

The newspaper then retracted that information about the data transmission, but now says that the plane continued to emit signals via satellite rather than from its engines. Major US networks and the Washington Post carried similar reports about the satellite "pings".

The Post and Wall Street Journal both said that the pings continued for four hours after the plane dropped off radar. The last such signal was sent from over water, at a normal cruising altitude, the Journal cited investigators as saying.

ABC news said US investigators now believe the aircraft's data reporting system and its transponder -- which reports its position in flight to ground-based radar -- shut down separately.

The fact that the devices appear to have been shut off at a 14-minute interval from one another suggests that they may have been deliberately disabled or at any rate did not fail as a result of a catastrophic airframe incident, the US network said.

The transponder was switched off 30 minutes after the final voice communication from the cockpit, around the same time that Malaysia believes the plane may have inexplicably started to turn back, the Washington Post said.

Taken together, that "suggests that someone unauthorised took control of that airplane, like an intruder or one of the pilots?, the Post quoted one US flight crash expert as saying.

The plane lost radar contact at around 1:30 am, less than an hour after take-off, according to Malaysian officials.

They have confirmed that the last words heard from the cockpit were a relaxed "Alright, good night" as the plane was due to pass from Malaysian to Vietnamese air traffic control. The night was clear and the weather was fine.

"The last (data) transmission from the aircraft was at 0107 hours which indicated that everything was normal," Malaysian Transport Minister Hishammuddin Hussein told reporters Thursday.

However, when pressed, he refused to rule out the possibility that the flight could have continued on for hours, saying authorities were leaving all options open.