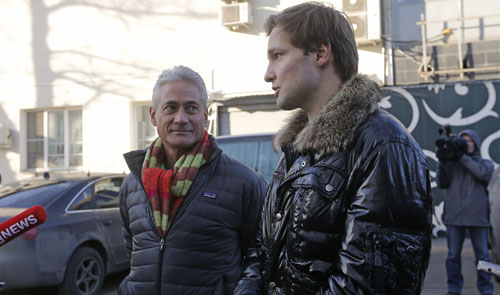 Growing acceptance and legalization of same-sex marriages in the United States and around the globe will fuel the travel and hospitality industries and boost spending by lesbian, gay, bisexual and transgender consumers, experts say.

Seventeen US states and the District of Columbia, and a similar number of countries recognize gay unions. Last month Scotland legalized gay marriages, joining a list that includes the Netherlands, Brazil, France, New Zealand, Argentina, South Africa and others.

Although the LGBT community is a small segment of the US population, Charlie Rounds, of the Florida-based International Gay and Lesbian Travel Association (IGLTA) Foundation, said the changes in marriage laws will have big implications for travel in the US and abroad.

"It is going to be an inordinate percentage of the wedding market in the next five to 10 years," he said in an interview during a visit to New York.

"Even though we are only maybe 4 or 5 percent of the population, the number of us getting married is probably going to be 20 times that because we couldn't and now we can," added Rounds, who is also the managing director of US marketing agency OutThink Partners.

Gay couples who have waited years, and in some cases decades, to legalize their unions will be tying the knot and many have the economic resources to pay for large, expensive weddings in far-flung locations.

"We're getting married at a different place in life," said Rounds, who wed his long-term partner in a big church wedding.

Data released in November by Out Now Business Class, a resource website to reach LGBT consumers, showed that in 2014 LGBT tourism spending is expected to top $200 billion for the first time.

The United States accounts for $56.5 billion of the spending, according to the figures, followed by Brazil with $25.3 billion. LGBT Europeans are expected to spend $66.1 billion on tourism.

"As acceptance of LGBT rights increases people feel more comfortable being open when they are traveling and more destinations are getting on the bandwagon to market to gay travelers," Halden explained.

Key West in Florida, San Francisco, New York and Provincetown in Massachusetts, which have long welcomed gay tourists, are being joined by new cities, regions and countries.

"The number of people marketing openly has also increased," Halden added in an interview. "Now we are seeing places like Door County, Wisconsin, marketing to the LGBT community. In South America we are seeing more smaller regional destinations."

Rounds said safety and legal protection are still concerns for gay travelers and he stressed the importance when searching for travel destinations to look at their rights on LGBT issues.

"We are demanding visibility and equal rights," said Halden. "There are a lot of people who haven't been able to get married and they are queuing up."