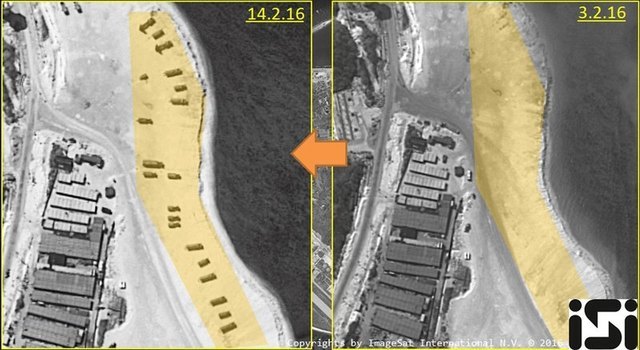 SYDNEY, Feb 22 - Australia and other countries should follow the U.S. lead and conduct "freedom-of-navigation" naval operations within 12 nautical miles of contested islands in the East Vietnam Sea, a senior U.S. naval officer was reported as saying on Monday.

Vice Admiral Joseph Aucoin, the commander of the U.S. Navy's Seventh Fleet, is in Australia for high-level talks with defence leaders and has discussed growing concerns over Beijing's military expansion in the disputed region, the Australian Broadcasting Corporation (ABC) reported.

China claims most of the East Vietnam Sea, through which more than $5 trillion in global trade passes every year and which is believed to have huge deposits of oil and gas. Vietnam, Malaysia, Brunei, the Philippines and Taiwan have rival claims.

Beijing has been angered by air and sea patrols the United States has conducted near islands China claims.

Those have included one by two B-52 strategic bombers in November and by a U.S. Navy destroyer that sailed within 12 nautical miles of Tri Ton Island in Vietnam's Hoang Sa (Paracel) group last month.

Aucoin told reporters it would be "valuable" if Australia and others sent warships to conduct similar operations within 12 nautical miles of disputed territories.

"What we're trying to ensure is that all countries, no matter size or strength, can pursue their interests based on the law of the sea and not have that endangered by some of these actions," Aucoin said, according to the ABC.

"It's up to those countries, but I think it's in our best interests to make sure that those sea lines remain open, I'll leave it at that," he said.

Tensions between China and its neighbours have risen further since Taiwanese and U.S. officials said last week Beijing had placed surface-to-air missiles on Phu Lam (Woody) Island, part of the Hoang Sa archipelago it controls.