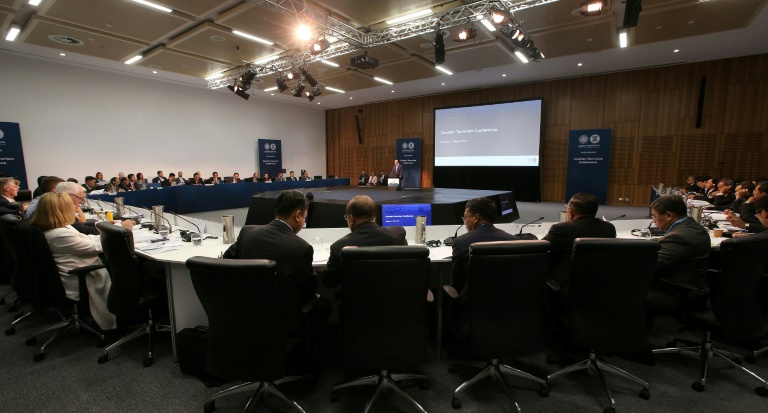 An ASEAN-Australia special summit in Sydney heard that use of the "dark web" was a spiralling problem and countries in the region must work together to keep on top of it.

Australia's Home Affairs Minister Peter Dutton told the meeting "the use of encrypted messaging apps by terrorists and criminals is potentially the most significant degradation of intelligence capability in modern times".

He said the only way to deal with the problem, and the increasing use of the internet by groups like Islamic State to radicalise and recruit new members, was together.

"We have to be constantly alert, constantly working with our neighbours in the region," said Prime Minister Malcolm Turnbull, pointing to the increasingly trans-national nature of terrorism.

Leaders of the Association of Southeast Asian Nations signed a memorandum of understanding after a day of counter-terrorism talks, agreeing to work together to develop "best practice counter-terrorism legislation".

The problem has been exacerbated by jihadists now being forced out of Syria and Iraq with the Islamic State caliphate mostly crushed, and into other countries.

The issue was driven home last year when pro-Islamic State militants seized the southern Philippine city of Marawi, with Australia aiding Manila to win it back.

"This is our new main battleground, to win the hearts and minds of our youth through social media, so that they do not easily succumb to the warped, perverse and evil ideology of Daesh," he said, referring to Islamic State.

Najib added that "the more we work together on these issues the more successful we will be".

"The more united we are, the more effective we will be in combatting this terrible and inhumane scourge. None of us is safe from it but together we will be safer."

Australia has suffered six terror attacks in recent years and disrupted 14 more, including a plot to bring down a plane departing Sydney.

In response, Canberra has consolidated key functions such as national security, immigration, counter-terrorism, cyber-security, and border protection under a newly-created Home Affairs department, headed by Dutton.

He said that to address the issue of apps which allow extremists to operate clandestinely, Canberra planned to introduce legislation to strengthen agencies' ability to adapt to encryption.

This will include making companies that provide communications services and devices obliged to assist when asked, while also making the use of surveillance devices and computer network exploitation by authorities easier.

Turnbull said regional security would be at the heart of the key ASEAN leaders' summit on Sunday.

"That's why we're here, to fulfil our most important duty, to keep our people safe. We're stronger when we work together. Our people are saver when we combine our efforts and cooperate," he said.