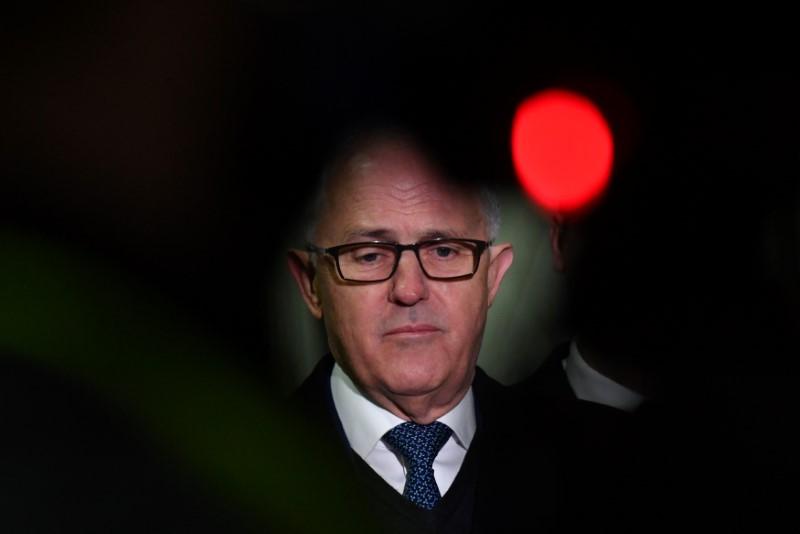 Mirroring similar rules in the United States, Australia will require lobbyists for foreign countries to register, and makes them liable for criminal prosecution if they are deemed to be meddling in domestic affairs.

China has denied allegations of meddling in Australian affairs, but concern over Chinese political donations and relationships between lawmakers and Chinese businesses has intensified in Australia.

“It will come down to whether China is cited when the legislation passes. China will not want to again be singled out,” said James Laurenceson, deputy director of the Australia-China Relations Institute at the University of Technology Sydney.

The legislative package before the Senate includes the new Foreign Influence Transparency Scheme Bill, which requires the registration of lobbyists working for foreign governments.

Another amended law expands potential crimes to include meddling by these agents.

Having cleared the lower house, the package is expected to pass in the Senate where the main opposition Labor Party has said it will support it.

Another planned bill, banning foreign political donations, has yet to be introduced in the lower house.

Speaking in Beijing, Chinese Foreign Ministry spokesman Lu Kang said law-making was a country’s internal affair and he declined to comment, though he did appeal for all countries to “abandon Cold War thinking”.

“We further want all other countries in the world to follow the principle of not interfering in other countries’ internal affairs,” Lu told a daily news briefing.

“So we hope that all countries can abandon Cold War thinking and on a foundation of mutual respect and equal treatment pursue better communications and cooperation. We believe this better fits with the interests of all countries’ peoples.”

The widening diplomatic rift between Australia and China has affected some of their $125 billion in two-way trade as Australian wine exporters such as Treasury Wine Estates faced delays getting some products through Chinese customs.

Despite Australian efforts to ease the curbs, wine is only trickling into the industry’s most lucrative market, expected to be worth more than A$1 billion this year.

Australian cattle graziers and citrus growers also fear they are being sidelined by China as a result of the row.

Against this backdrop of cooling relations, Chinese telecommunications firm Huawei Technologies Co Ltd has emerged as a lightning rod for Australian security fears.

The world’s largest maker of telecommunications network equipment and the No. 3 smartphone supplier, Huawei has already been virtually shut out of the giant U.S. market because of national security concerns.

It is lobbying to avoid a similar fate in Australia, sponsoring more overseas travel for politicians than any other company in recent years, and arranging for John Lord, chairman of its Australian unit, to speak in Canberra on Wednesday.

Lord, a former rear admiral in Australia’s navy, said security concerns based on Huawei’s links to China were “uninformed or just plain wrong”.

“In our three decades as a company no evidence of any sort has been provided to justify these concerns by anyone ever,” Lord told the National Press Club of Australia, adding that Britain and New Zealand had permitted 5G investments by Huawei.

“Nothing sinister has been found. No wrongdoing, no criminal action, no intent, no back door, no planted vulnerability and no magical kill switch,” he said.

“We’ll continue to consider that and get the best advice on that from our national security agencies,” he told reporters in Canberra.