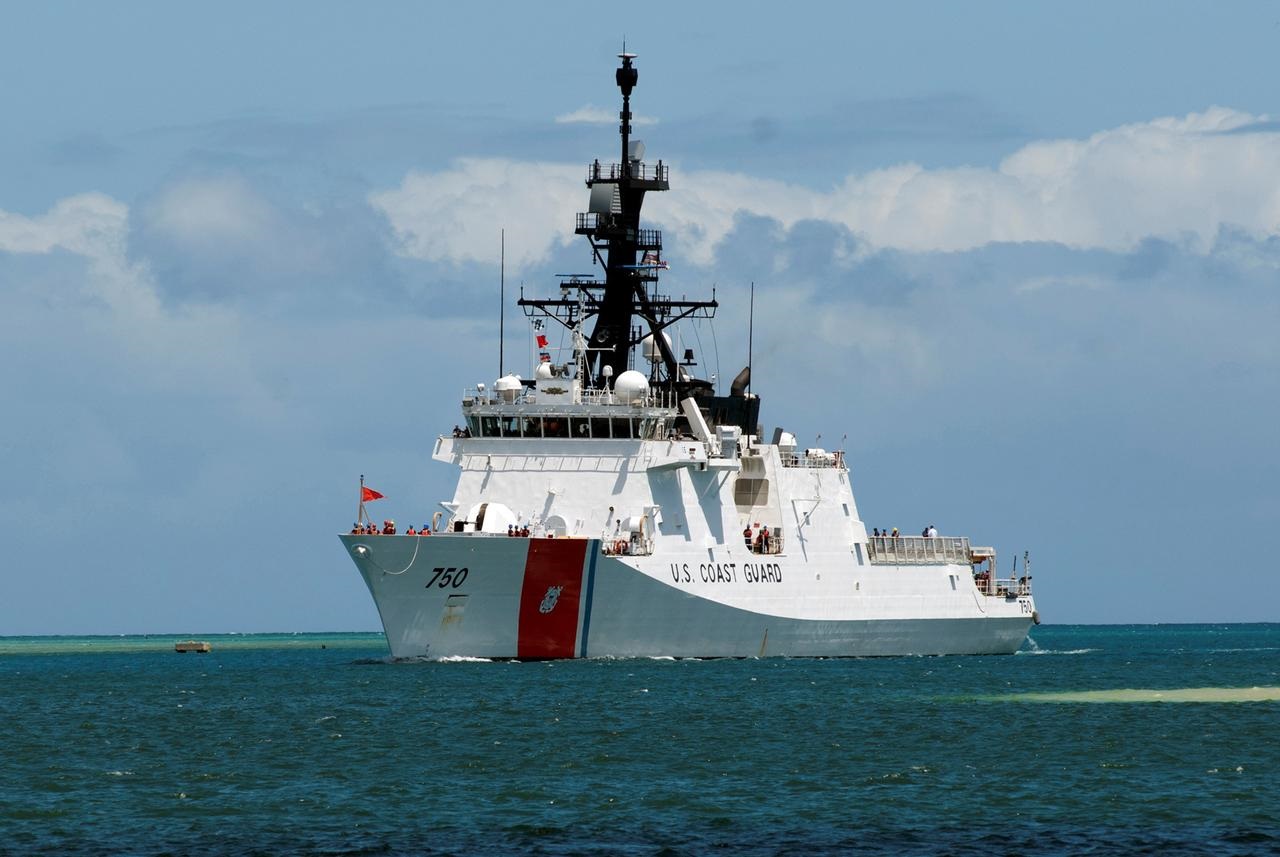 WASHINGTON -- The United States sent Navy and Coast Guard ships through the Taiwan Strait on Sunday, the U.S. military said, as part of an increase in the frequency of movement through the strategic waterway despite opposition from China.

The voyage risks raising tensions with China further but will likely be viewed by Taiwan as a sign of support from Washington amid growing friction between Taipei and Beijing.

The two ships were identified as the Navy destroyer Curtis Wilbur and the Coast Guard cutter Bertholf, a U.S. military statement said.

“The ships’ transit through the Taiwan Strait demonstrates the U.S. commitment to a free and open Indo-Pacific,” the statement said.

“The U.S. will continue to fly, sail and operate anywhere international law allows,” it added.

Chinese Foreign Ministry spokesman Geng Shuang told reporters in Beijing that China had already lodged “representations” with the United States, and that it had paid “close attention” to the U.S. ships.

China urges the United States to “cautiously and appropriately handle the Taiwan issue to avoid harming Sino-U.S. relations and peace and stability in the Taiwan strait”, Geng said.

In Taipei, Taiwan’s Defense Ministry said the ships had passed through the Taiwan Strait from the southwest and proceeded in a northerly direction.

Taiwan’s armed forces monitored their progress to “ensure regional stability and security of the coastal border region”, the ministry said, adding nothing out of the ordinary was observed and there was no cause for alarm.

Taiwan is one of a growing number of flashpoints in the U.S.-China relationship, which also include a trade war, U.S. sanctions and China’s increasingly muscular military posture in the East Vietnam Sea, where the United States also conducts freedom of navigation patrols.

Taiwan leader Tsai Ing-wen, to China’s anger, will stop over in Hawaii this week at the end of a tour of the Pacific.

Washington has no formal ties with Taiwan but is bound by law to help provide the island with the means to defend itself and is its main source of arms.

The Pentagon says the United States has sold Taiwan more than $15 billion in weaponry since 2010.

Beijing has been ramping up pressure to assert its sovereignty over the island, which it considers a wayward province of “one China” and sacred Chinese territory.

China has repeatedly sent military aircraft and ships to circle Taiwan during drills in the past few years and worked to isolate the island internationally, whittling down its few remaining diplomatic allies.

The U.S. Defense Intelligence Agency released a report earlier this year describing Taiwan as the “primary driver” for China’s military modernization, which it said had made major advances in recent years.

U.S. President Donald Trump has said trade negotiations with China were progressing and a final agreement “will probably happen,” adding that his call for tariffs to remain on Chinese imported goods for some time did not mean talks were in trouble.