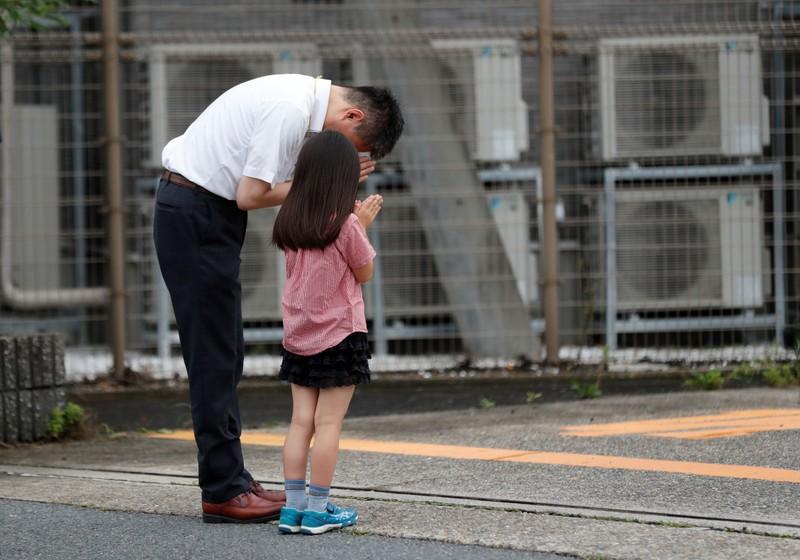 Most of 34 victims in Kyoto Animation arson attack in 20s and 30s: NHK

KYOTO, Japan -- Most of the victims of an arson attack on an animation studio in western Japanese city of Kyoto were in their 20s and 30s, public broadcaster NHK said on Saturday, as the death told climbed to 34.

Thursday’s attack on Kyoto Animation, well known in Japan and overseas for its series and movies, was the worst mass killing in two decades in a country with some of the world’s lowest crime rates.

The man suspected of torching the building had been convicted of robbery and carried out the attack because he believed his novel had been plagiarized, NHK and other media have said.

The studio had about 160 employees with an average age of 33, according to its website.

Police have confirmed the identity of the suspect as Shinji Aoba, but have declined to comment further.

Aoba doused the entrance of the building with petrol, shouting “die” and setting it ablaze, media have said, citing police.

“I did it,” Aoba told police when he was detained, Kyodo news said, adding that he had started the fire because he believed the studio had stolen his novel.

Police have not arrested him, as he is being treated for heavy burns, NHK said, although police have taken the unusual step of releasing his name.

At the charred studio site, there was a growing mound of flowers brought by people who have come to pay their respects and pray. The smell of burnt timber lingered in the area and the police outline drawn on the ground where Aoba had laid injured was still visible.

Tributes to the victims lit up social media, with world leaders and Apple Inc’s chief executive offering condolences. The hashtag #PrayforKyoAni, as the studio is known among fans, has become popular.

Kyoto Animation, in a quiet suburb about 20 minutes by train from the center of Kyoto, produces popular “anime” series such as the “Sound! Euphonium”. It is also known for “Violet Evergarden”, which has been shown on Netflix.