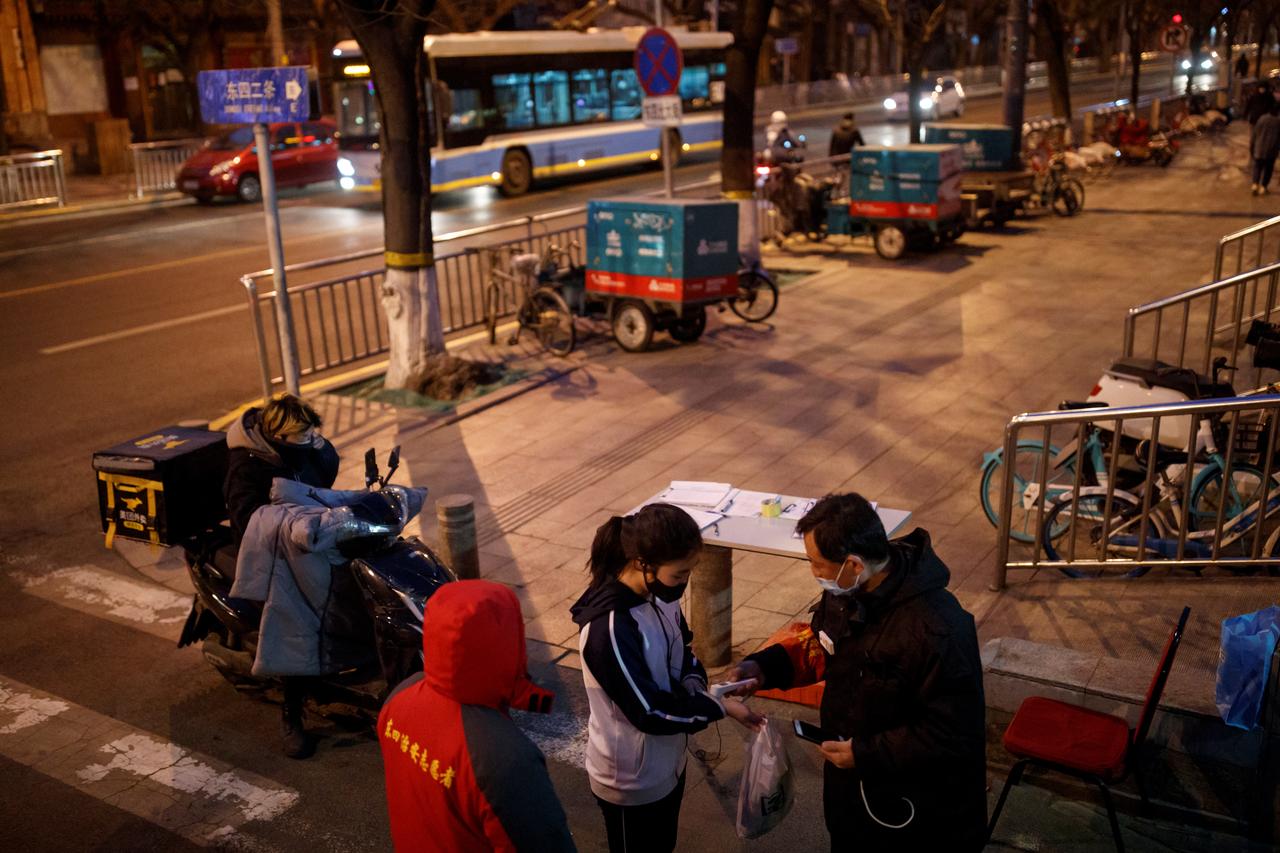 SHANGHAI/BEIJING -- Mainland China reported 433 new cases of coronavirus infections on Feb. 26, the National Health Commission said on Thursday, up from 406 on the previous day.

The total number of confirmed cases on mainland China has now reached 78,497, the health authority said.

The number of new deaths stood at 29, the lowest daily rate since Jan. 28, and down from 52 the previous day. The outbreak has now killed a total of 2,744 people.

Hubei, the central Chinese province at the epicenter of the outbreak, reported 409 new cases and 26 deaths on Wednesday. Beijing and the provinces of Heilongjiang and Henan were the locations of the other three fatalities.

The number of new cases outside Hubei stood at 24, up from 5 on the previous day and reversing five days of declines.

The number of new confirmed coronavirus cases in Beijing on Feb. 26 had jumped to 10 from zero the previous day. Pang Xinghuo, deputy head of Beijing Centre of Disease Control, told a news briefing on Thursday that it was a cluster case.

The new cases all stemmed from a property management agency in Beijing’s Chaoyang district, and had either been working in the same office or sharing the same dormitory, Pang said.

Chinese authorities are also turning their attention to potential sources of infection from abroad, as the number of new cases outside China are now exceeding those domestically.

The Shanghai government said it is trying to identify anyone who came into contact with a coronavirus patient who arrived in the city from Iran, another coronavirus hotspot.

More than 40 countries and regions outside mainland China have reported infections. On Wednesday, cases were detected for the first time in Brazil, Pakistan, Norway, Greece, Romania and Algeria. The coronavirus has infected more than 80,000 people and killed nearly 2,800, the majority in China.

A senior medical advisor in the Chinese government who won fame for combating the SARS epidemic in 2003 on Thursday said the original source of the coronavirus remains unclear.

“Though the virus was first discovered in China, it may not have originated from China,” said Zhong Nanshan, an 83-year-old epidemiologist.

Zhong said he believes there are other wildlife species apart from the pangolin, which is suspected as the original source in a wildlife market in Wuhan, that carry coronavirus.

Zhong said China would present a video report to the European Respiratory Society to share China’s experience in addressing the virus outbreak.

He again repeated an earlier forecast that the coronavirus outbreak in China will be contained by end-April after peaking in mid-to-late-February.