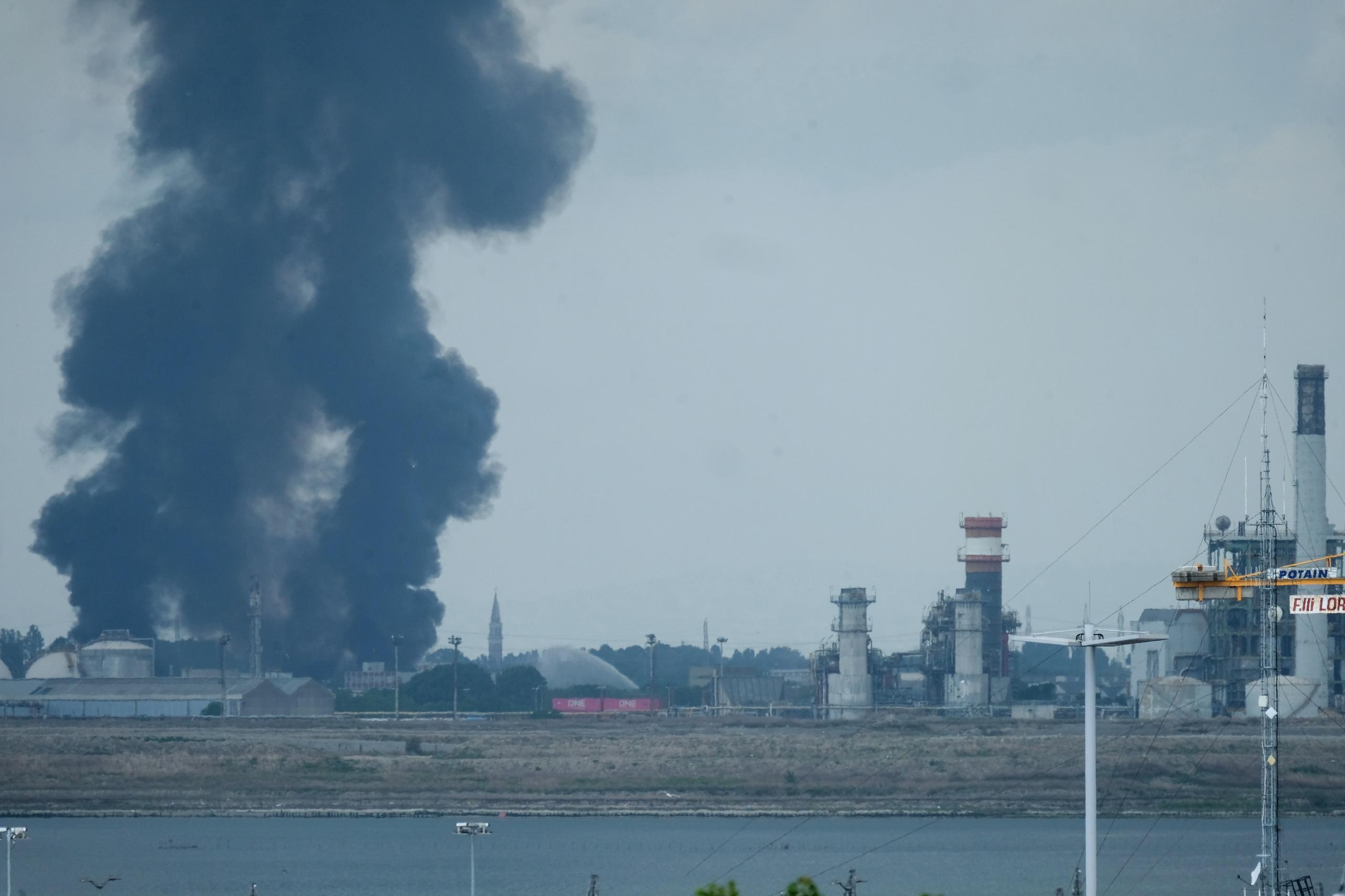 MILAN — An explosion at a chemicals plant in an industrial zone in Venice injured two workers and sent clouds of black smoke and flames into the sky on Friday, prompting local authorities to order residents to stay inside and close doors and windows.

Gianpaolo Bottacin, an official from the civil protection department, said the two workers had suffered serious burn injuries in the blast, which occurred in the Porto Marghera area on the mainland, a few kilometers from the historic center of the lagoon city.

Ambulances and fire services as well as officials from environmental agency ARPAV were at the scene and television footage showed clouds of thick black smoke visible from several kilometers away.

“The area is blocked off at the moment, which means the fire won’t get out of the company site, but inside that area it’s hard to imagine it will be put out any time soon,” Bottacin told a news briefing.