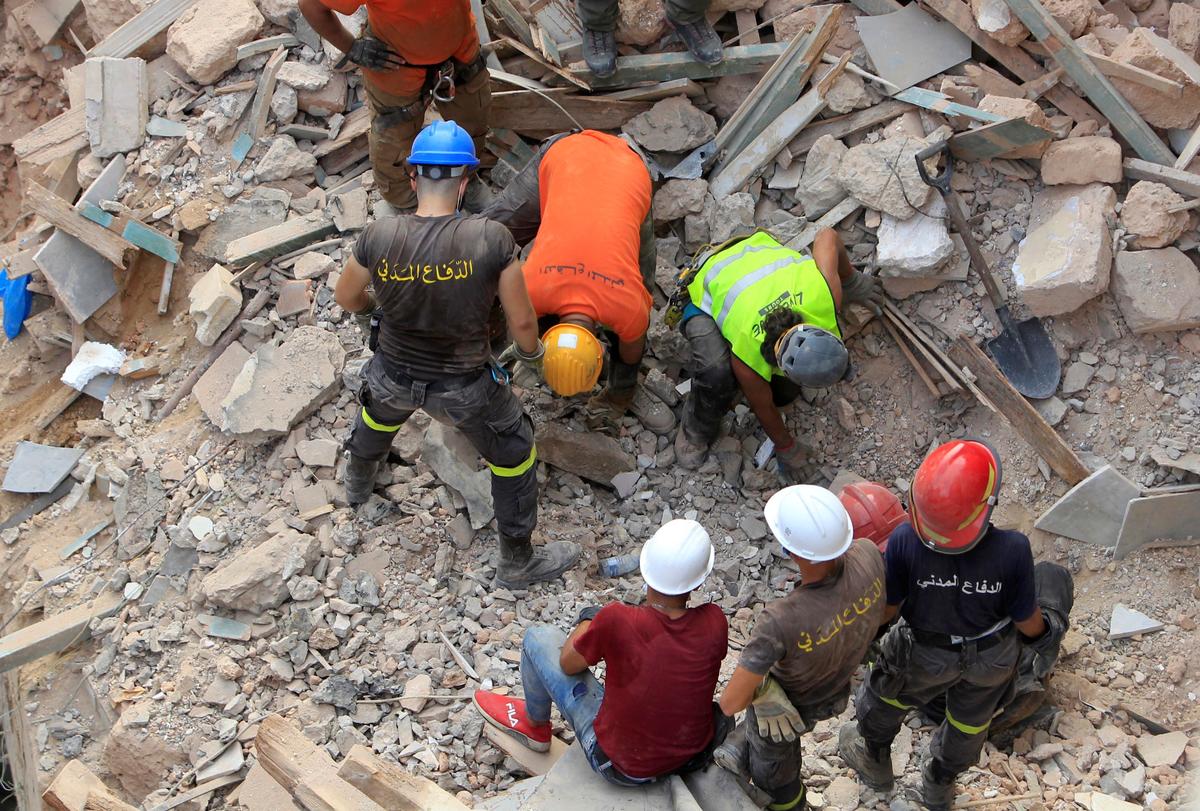 BEIRUT — Rescue workers dug through the rubble of a Beirut building for a second day on Friday hoping to find someone alive more than a month after a huge port explosion shattered Lebanon’s capital.

By evening, rescue workers, including a team from Chile, had yet to locate anyone after sensors had on Thursday detected signs of a pulse and breathing. But they said they would continue while there was a small chance anyone had survived.

“We are still working in very bad conditions. The building is at risk of collapse. But we are still working,” George Abou Moussa, director of operations in the civil defense, told Reuters, adding the operation would continue into the night.

The August 4 blast killed about 190 people and injured 6,000. The authorities held ceremonies on Friday to mark a month since the explosion tore into a city already reeling from a crippling economic crisis.

The ruined building where the search was continuing lies between the residential districts of Gemmayze and Mar Mikhael, among the hardest hit areas by the blast and home to many old buildings that crumbled as the shockwave ripped through.

During the day, mechanical diggers lifted chunks of concrete and masonry as workers used shovels and their hands to dig. A crane helped lift steel girders and other heavy debris.

Residents gathered nearby, hoping someone could be found, while some said the government had not done enough to help.

President Michel Aoun followed up on the operation in a phone call with the civil defense head, the presidency said.

Mohamed Houry, 65, said he hoped someone was alive but, even if only bodies were uncovered, “it’s important their families can find peace”.

Rescuers used scanning equipment to create 3D images of the wrecked building, which once housed a bar on its ground floor, to try to locate anyone alive, television showed.