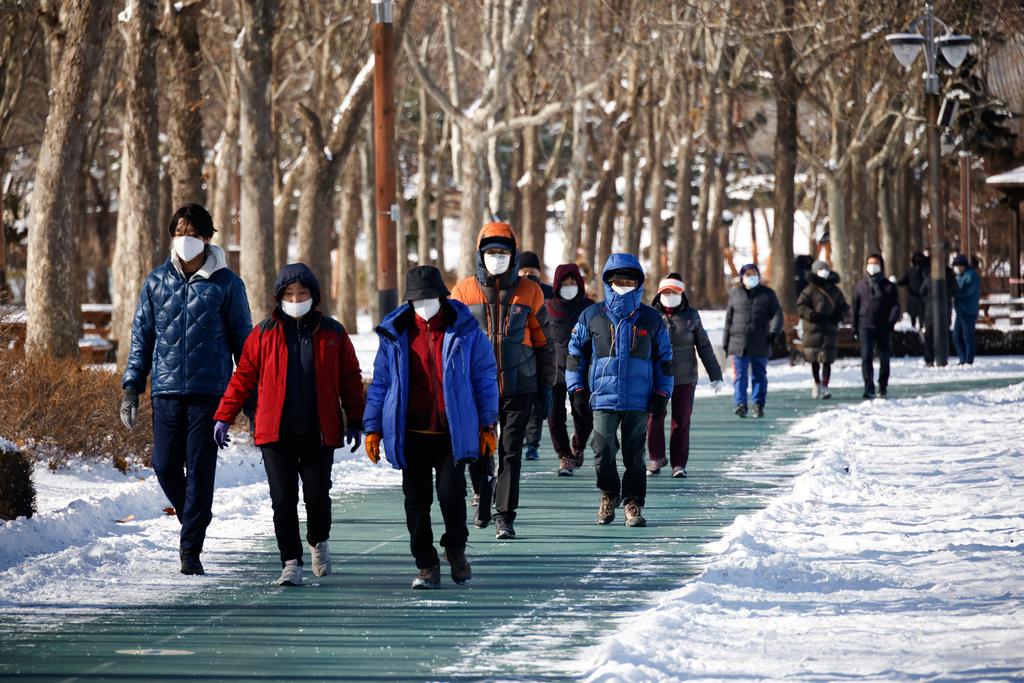 The announcement dashed earlier expectations that the government would ease the rules from the current highest levels, which include a restaurant curfew and a ban on gatherings of more than four people and have been in place since early December.

But health authorities decided to maintain the curbs after a new large outbreak emerged from missionary training schools across the country last week, reversing a recent downtrend in daily infections ahead of the Lunar New Year break, which begins on Feb. 11.

“The government is planning to extend the current distancing levels and anti-virus standards as they are until the Lunar New Year holidays end,” Chung told an intra-agency meeting.

“The third COVID-19 wave, which had temporarily slowed, is again threatening our daily lives following the group infections from the missionary institutes.”

In line with the decision, indoor cafe and restaurant dining after 9 p.m. and any gatherings of more than four people - two key measures that have proved effective - will continue to be prohibited.

Vice Health Minister Kang Do-tae said the virus was spreading not only among the missionary schools, to which 379 cases have been linked so far, but also at churches, hospitals and sports facilities.

“There is a danger that it might lead to a broader re-spread of the virus, and potentially another major wave where thousands of patients emerge within a short time,” Kang told a briefing.

But the government will “positively consider” easing the curbs, including the dining curfew, if the situation improves this week.

Chung said the ongoing spread must be further dampened to facilitate South Korea’s vaccination campaign and the start of the spring school semester, which are respectively set for February and March.

About 117,000 doses of vaccines of Pfizer Inc, enough for about 60,000 people, will arrive as early as mid-February via the global distribution scheme COVAX, Chung said.

AstraZeneca will also ship its products for about 300,000 people starting February, also through COVAX, as the first batch of its shipment of vaccines for at least 1.3 million people and up to 2.19 million in the first half of this year, he added.

The Korea Disease Control and Prevention Agency (KDCA) reported 355 new cases as of Saturday midnight, as the numbers fell under 400 for the first time in five days due in part to less testing during the weekend.