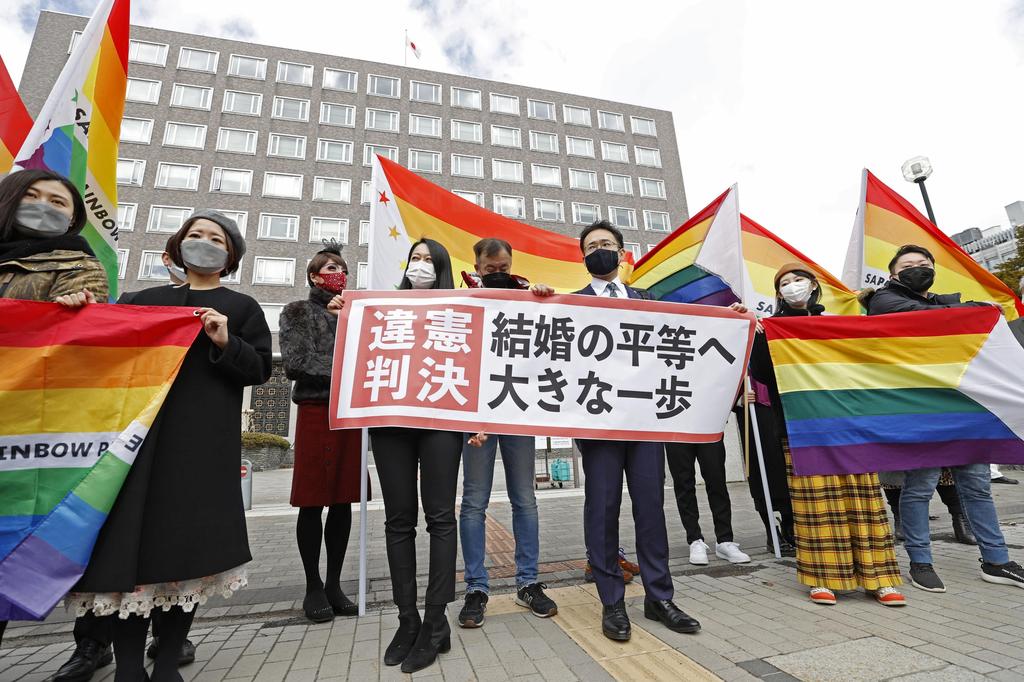 A Japanese court ruled on Wednesday that not allowing same-sex couples to marry is “unconstitutional,” setting a precedent in the only G7 nation not to fully recognise same-sex partnership.

The ruling by a district court, the first in Japan on the legality of same-sex marriages, is a major symbolic victory in a country where the constitution still defines marriage as being based on “the mutual consent of both sexes”.

While a new law will be needed before same-sex marriages can actually take place -- which could take some time in socially conservative Japan -- LGBT activists celebrated the ruling and said it had the potential to change their lives.

“I’m really happy. Until the ruling was announced, we didn’t know this was what we’d get and I’m just overjoyed,” said 44-year old Gon Matsunaka, director of activist group Marriage for All Japan and representative at Pride House Tokyo.

“Its value is absolutely measureless.”

Under the current rules, same-sex couples are not allowed to marry, can’t inherit their partner’s assets - such as the house they may have shared - and also have no parental rights over their partners’ children.

Though partnership certificates issued by individual municipalities help same-sex couples to rent a place together and have hospital visitation rights, they still don’t give them the same full legal rights enjoyed by heterosexual couples.

The Sapporo District Court threw out the demand for damages by the six plaintiffs - two couples of men and one of women - who had asked that the Japanese government pay 1 million yen ($9,168.42) each in acknowledgment of the pain they suffered by not being able to legally marry.

But the “unconstitutional” ruling was the victory the plaintiffs, their lawyers and activists had been hoping for as a key step forward and one that sets an important precedent.

Similar cases are currently being heard in four other courts around Japan and this ruling may indirectly influence the outcome of those by changing public opinion, Matsunaka added.

While homosexual sex has been legal in Japan since 1880, social stigma means many have yet to come out even to their families.

Some in the business world say Japanese rules not allowing same-sex marriage hurts the country’s competitive advantage, by making it difficult for companies, especially foreign companies, to attract and keep highly-skilled labour in an increasingly international economy.

A number of companies have taken their own steps to work around the situation, including both international companies and Japanese firms such as Panasonic. But there are limits.

“For things that are part of the national system, such as pensions, there’s nothing they can do,” said Masa Yanagisawa, head of Prime Services at Goldman Sachs Japan and a board member of Marriage for All Japan.

“All the other advanced countries have this, so Japan will lose out competitively. Then there’s the fact that people can’t be who they are. It becomes quite business critical.”